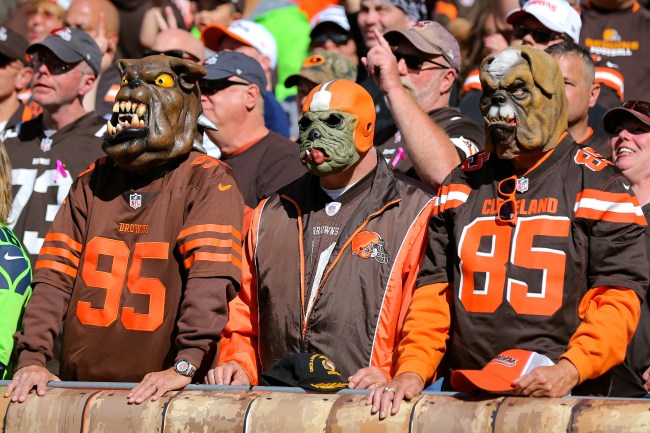 Being a Browns fan or Bengals fan could be hazardous to your health and someone wants fans of those teams to have the ability to get medication to ease their suffering.

A petition was submitted this week to the State Medical Board requesting that being a fan of either the Browns or the Bengals be considered as one of the 28 qualifying condition for medical marijuana prescriptions. 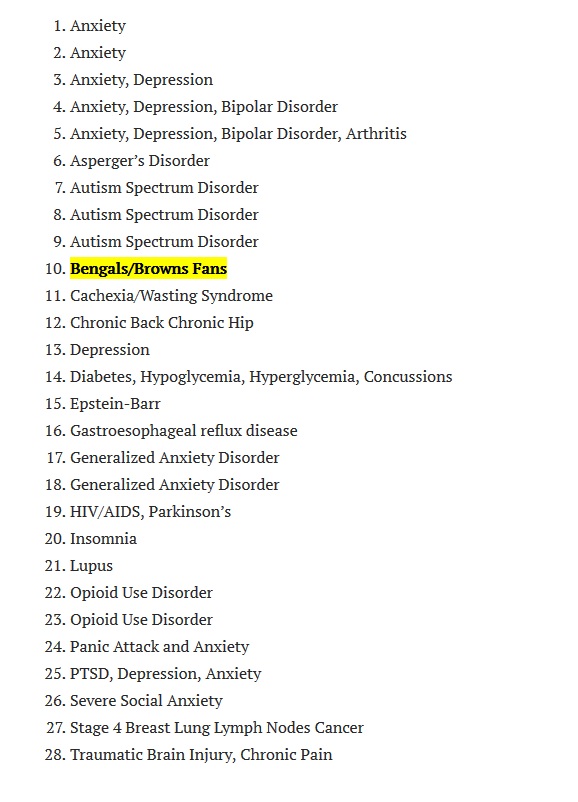 Unfortunately for football fans in Ohio, the petition is a longshot to get passed considering over a 100 different petitions were sent in last year.

A petition to make “Bengals/Browns Fans” an official medical marijuana condition was submitted last month to the State Medical Board of Ohio.

Don’t get your hopes up: It probably won’t go anywhere. The board requires information from experts who specialize in studying the condition, relevant medical or scientific evidence and letters of support from doctors.

The board could not provide more information Monday about the petition, including who submitted it and their argument for why the board should add the “condition.”

Last year, more than 100 petitions for new conditions were submitted. Those were winnowed to five: anxiety, autism spectrum disorder, depression, insomnia and opioid use disorder.
All five were rejected by the board.

I’m 100 percent down with Browns and Bengals fans being allowed to toke up considering how terrible both teams have been since forever.