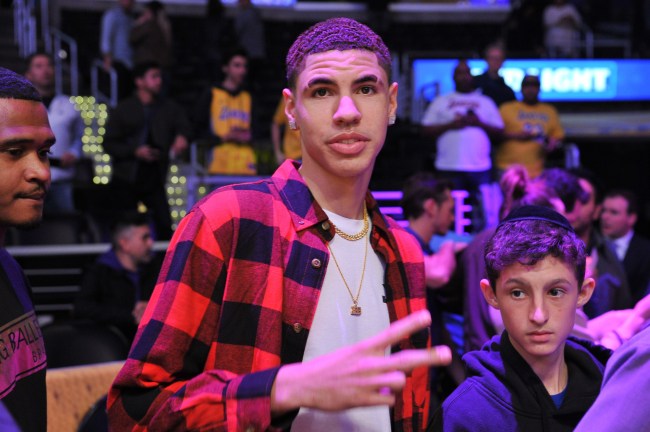 LaMelo Ball is the poster boy for a generation who values cultural clout over talent. I would never argue that LaMelo Ball isn’t talented, but I can’t scroll through my Instagram feed without seeing his lackadaisical ass flicking up a shot from half court or running like he has a poop in his pants. LaMelo deserves some shine on his abilities alone, but LaVar Ball has ingeniously exacerbated the buzz to the point of creating various revenue streams off his youngest son.

Just yesterday, news broke that LaMelo Ball’s high school basketball team, Spire Institute, was replaced at the Hoophall Classic after an outside consultant tied to the Ball family reportedly requested a $10,000 appearance fee to have Ball and the school appear at the event.

It has since been reported that the Big Baller Brand is charging media outlets $3,500 to film LaMelo Ball and the SPIRE Institute in the “Big Baller Beatdown” in Benton, Kentucky this weekend.

Here's the email telling video outlets they must pay $3,500 to film LaMelo and @SpireBasketball this weekend in Kentucky. pic.twitter.com/XoiiorNxVr

LaVar has been the puppeteer for milking money any way he can. SPIRE and Big Baller Brand have reached an agreement with FloHoops to stream the program’s games this season for $5K per game. BBB’s agreement with Facebook for their family reality show “Ball in the Family” is said to be worth millions.

LaVar should strike while the iron’s hot, because his youngest son may not even be eligible to play college ball.