Big Ten May Play Football This Fall After All, Conference Reportedly Set To Vote On Return To Play In Next 72 Hours 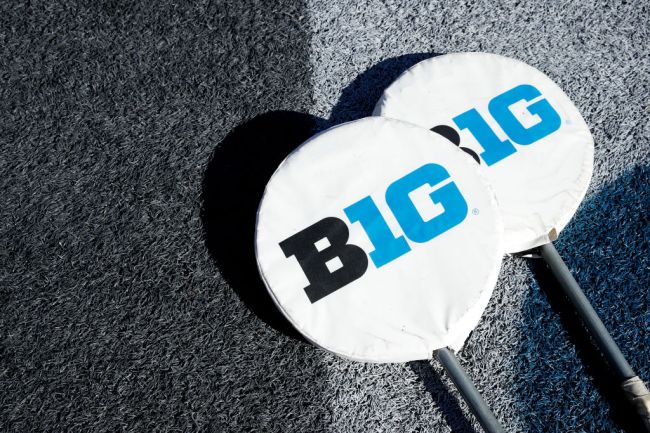 Last month, on August 11 to be exact, the Big Ten became the first Power 5 conference to announce that football and all other fall sports would be postponed until 2021 due to the coronavirus. Since then, the conference has received a tremendous amount of pushback and with the SEC, ACC, Big 12, and other conferences around the country kicking off their seasons throughout September, it sounds like the Big 10 is going to turn a complete 180 on its decision.

While there have been many rumors and reports suggesting that Big Ten football would eventually be played this fall, this latest report from Yahoo Sports’ Pete Thamel seems rather concrete. According to him and his sources, the Big Ten’s chancellors and presidents will vote on a return to play in the next 72 hours.

As Thamel says, this is the step before the step.

Sources: The Big Ten presentation by the Return to Competition Task Force has ended successfully today. The full 14 Big Ten Chancellors and Presidents will meet tomorrow are expected to vote on return to play in next 72 hours. Today is the step before the step.

During the conference’s initial voting about postponing the season back in August, only three schools voted in favor of having a season this Fall: Ohio State, Iowa, and Nebraska.

Last week, it was reported that October 10 could be a possible start date for the Big Ten to backtrack and start its football season, but a more recent report suggested that up to six teams are out on the idea therefore the conference simply doesn’t have enough teams to pull that start date off. That report, of course, came well before Thamel’s most recent news.

Try not to get your hopes up too much, but it certainly sounds like Big Ten football will be played this fall based on this latest update.