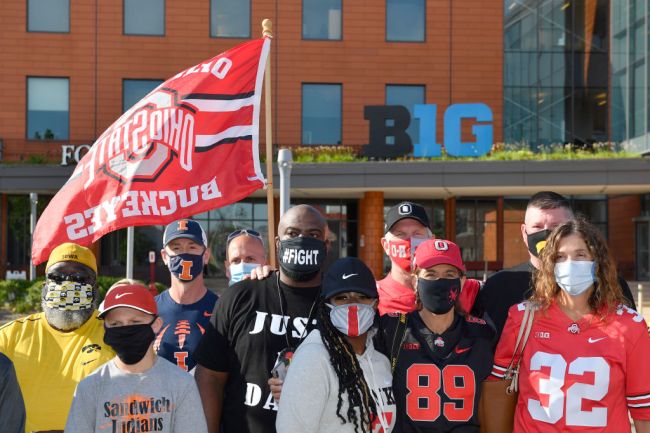 Not only has the Big Ten received tremendous pushback from fans, student-athletes, and their parents over the past month after deciding to cancel football and all other fall sports, it could also find itself in a major legal battle against one of its premier programs.

According to the Columbus Dispatch, Ohio Attorney General Dave Yost is “ready to recommend” Ohio State file a lawsuit seeking monetary damages from the Big Ten and schools that voted in favor of canceling football this autumn.

A team of state lawyers studying Ohio State’s contracts with the Big Ten believe an “excellent contract claim for several tens of millions of dollars in lost revenue” can be demanded in a lawsuit, Yost told The Dispatch.

“I think we have a cause of action” for violating contracts between the Big Ten and Ohio State and for illegal interference in a business relationship, Yost said.

“If these negotiations (over playing football) fall apart, we will be recommending legal action to our client, Ohio State University,” he said, adding his office believes the Big Ten lacked legal authority to cancel or delay the football season.”

This would be the second lawsuit the conference would have to deal with involving members of its conference after eight Nebraska football players filed a lawsuit against the Big Ten two weeks ago.

Big Ten presidents and chancellors voted 11-3 in favor of canceling football this Fall with Ohio State, Iowa, and Nebraska being the three programs going against the vote.

It has been reported that October 10 could be a possible start date for the Big Ten to backtrack and start its football season, but a more recent report suggests that up to six teams are out on the idea therefore the conference simply doesn’t have enough teams to pull that start date off.

Meanwhile, Miami FL kicks off the ACC football season on Thursday night while the Big 12 and SEC are also set to play football this month.