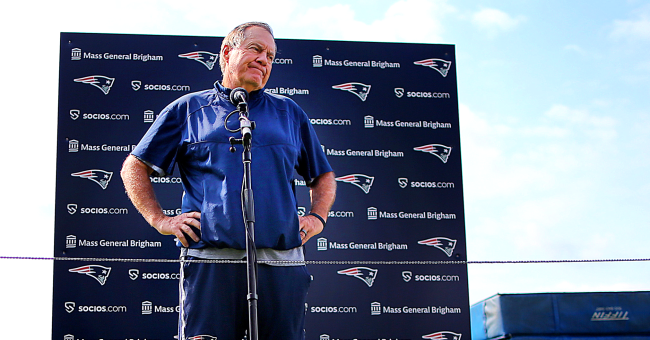 Death, taxes, and Bill Belichick making a snide, patronizing remark at a press conference: three things that are guaranteed to happen.

On Thursday, during his daily press conference, The Hoodie talked about numerous topics including his relationship with Vanderbilt baseball coach Tim Corbin (“I’m kind of familiar with the Vanderbilt situation down there.”), how new quarterback Mac Jones is progressing, his plans for the preseason games, and… the weather.

The weather in New England for Thursday’s practice was forecast to not be very good so one reporter, for some reason, wanted to know Belichick’s plans for dealing with it.

“Hey Bill, obviously uh you guys are no strangers to working in this kind of weather, but always good to get a little refresher for us,” the reporter asked. “What are some of the benefits to it to working in conditions like the ones you’ll see today and might they impact the kinds of things that you can work on in practice?”

Belichick, as usual, didn’t appear to have time for what he considers to be a nonsensical question so he replied, “Yeah, well, again whatever it is it is. I can’t control that so, looks like the field will be wet. If it rains, it rains. If it doesn’t, it doesn’t. If it’s hot, it’s hot. If it’s not, that’s what it is.”

Almost immediately following the coach’s excellent response regarding the weather, the internet fired up the jokes and the Photoshop machine to turn Belichick into the first great NFL preseason meme of 2021.

and that’s the weather with bill belichick. more at 11. https://t.co/GPUTMbum4E

Looks like that ol’, stubborn, curmudgeon Belichick front is still stalled over all of New England..back to you, Mike.

Man, it’s so good to have football back.