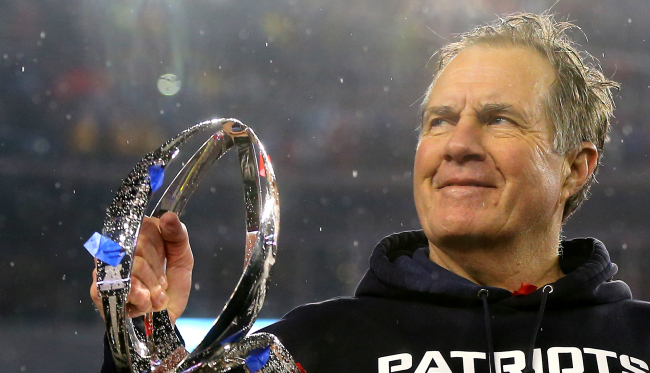 If there is one head coach in the NFL that we know would use every single possible edge he can get to beat an opponent it’s the New England Patriots’ Bill Belichick.

Belichick has proven that there is almost no length he won’t go to, sometimes even illegally, to get a leg up on his competition.

So it came as little surprise earlier this week that when asked if he and his team were using HBO’s Hard Knocks In Season to scout this coming weekend’s opponent, the Indianapolis Colts, he admitted that they will.

“We have people in our organization that scout the games in advance of when we play a team. So, starting two or three weeks before we play them, they start to really track those teams and see how injuries have affected or if they have shifted their style of play or whatever’s happened with the team,” Belichick told the media. “We track most everything any team that we play does, and then depending on the relevance or the importance of that information, so at some point, it gets relayed down the line. We have somebody that studies each team. Whether it’s any relevant comments or information that we think is relevant to the preparation for the team, that could be shared, sure.”

Belichick was asked in a follow-up question whether, with that in mind, would it make him more resistant to the Patriots ever appearing on Hard Knocks?

“Yeah, there’s a lot of reasons I wouldn’t be excited about it,” The Hoodie replied.

NFL fans had some great reactions to both of Bill Belichick’s responses regarding Hard Knocks.

Knowing Bill he would have a non traditional fake training camp on Hard Knocks just to trick all his opponents. The real training camp would be in Siberia somewhere.

Hard knocks New England, you have a better chance of getting into the CIA.

When are people going to realize that in One Patriot Place, information is as valuable a resource as salary cap dollars. Have you seen Patriots' pressers? Of course he has a staff soaking up all the loose talk being given out all over the league.

Idk why this was so funny 🤣🤣