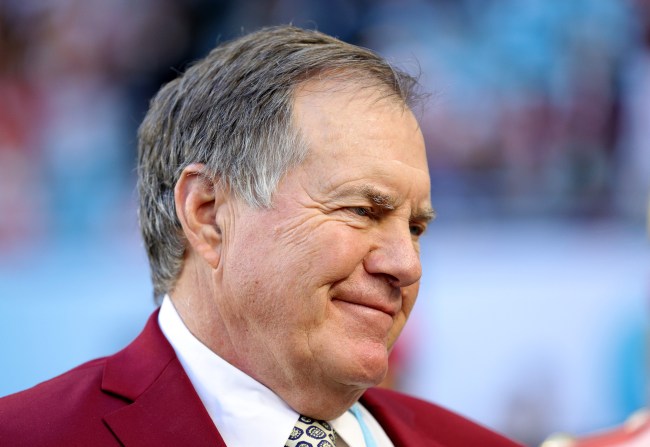 The New England Patriots have relied on Tom Brady to take them to the playoffs for the past 20 years. Six-time Super Bowl champ and 4-time Super Bowl MVP Tom Brady. Now they’re turning to Jarrett Stidham, MVP of the prestigious 2018 Music City Bowl MVP, a player who was taken 133rd overall in the 4th Round of the 2019 NFL Draft.

Nobody knows what to expect from Stidham next season. He’s surely betting on himself. Pats Nation™ is desperately hoping he’ll succeed. And Bill Belichick sounds optimistic.

It’s quite odd to hear Bill Belichick throwing around compliments or really commenting on anything at all. He’s usually so reserved. But in an appearance on the NFL Network he discussed his optimism for Jarrett Stidham’s future, the backup plan in place, and how the Pats have gone through Brady-less periods before.

Here’s what Belichick had to say about his new starting quarterback:

“Stid worked really hard last year,” Belichick told Eisen. “He was our backup quarterback the entire season, and I know he’s working hard in the offseason. I know he’s made a lot of progress in terms of understanding our offense and understanding opponent defenses like all players do from Year 1 to Year 2. “I’m sure he will get out there and be ready to go, be prepared, compete hard, and we’ll see where it takes us.” (via NESN)

When pressed on what might happen if things don’t work out here’s what he had to say:

“Well, we’ve played at other times without Tom,” he said. “Whether it was the [2008] season after he was injured — we played 15 games with [Matt] Cassel and went 11-5 — or heading into the ’16 season with Jimmy and then Jacoby, and Tom coming back after the four-game (Deflategate) suspension.

“So there have been other times where we’ve dealt with that. We’ll do what we always do, which is try to prepare the team the best that we can, utilize our players and the skills that they have and put ourselves in the best position we can to be competitive and win. That’s what we always do, and we’ll continue to do that.” (via NYPost)

No Nike appearance tonight, he’s working on the supplemental draft.

I’m no Patriots fan. Coincidentally, I’m a born-and-raised Tampa Bay Buccaneers fan and both Tom Brady and Rob Gronkowski just somehow miraculously fell in my lap out of nowhere and I’m more optimistic about the Bucs’ season than I have been in decades.

But it will be quite interesting as a football fan to watch and see whatever comes next with the Pats. They’ve been riding high for two decades and we’ll soon find out how much of that success can be attributed to Bill Belichick’s player development.