Bill Belichick Gives His Longest, Most Thoughtful Answer Ever When Asked About His Respect For Bills Mafia 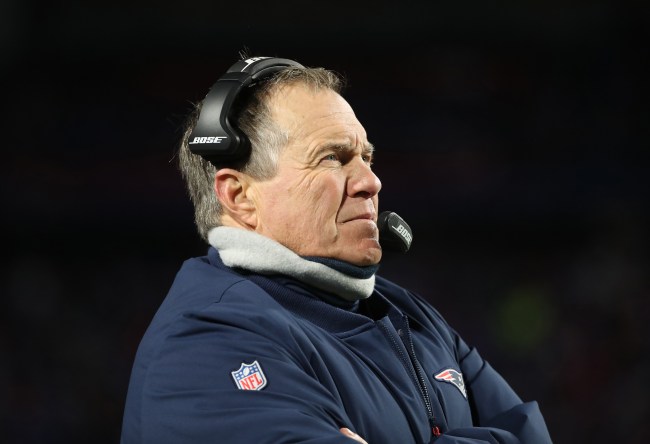 Bill Belichick gave one of the longest, most thoughtful responses to a question about his undying respect for Bills Mafia.

#BillsMafia celebrating the win today with homemade fireworks. Hopefully someone can confirm this guy is alive? pic.twitter.com/AstqIcCd5H

For further clarification, this Bills Mafia.

Mr. Belichick’s undefeated Patriots will head to Buffalo this Sunday to take on a surging Bills team with its first 3-0 start since the 2011 season. Seven of the previous nine Bills squads to start a season 3-0 have qualified for the playoffs, so the citizens of Buffalo are going to be extra jazzed for an opportunity to, well…

Speaking with reporters on Tuesday, Belichick spoke about a Bills Mafia regime known for butt-chugging, lighting themselves on fire, and of course, giving uninspired hand jobs from the comfort of the bleachers with the admiration he typically reserves for Lawrence Taylor.

Bill Belichick tips hat to #BillsMafia "It's a very intense crowd. They're vocal, totally into it & have a great passion for the game. Some stadiums don't have quite the intensity Buffalo does. They have no other agenda. They're there to watch the game. It gets very loud." #Bills

That is six full sentences. Each with a subject, verb, and an object. Belichick hasn’t even said that many words to his girlfriend Linda Holliday and they’ve been dating for a decade.