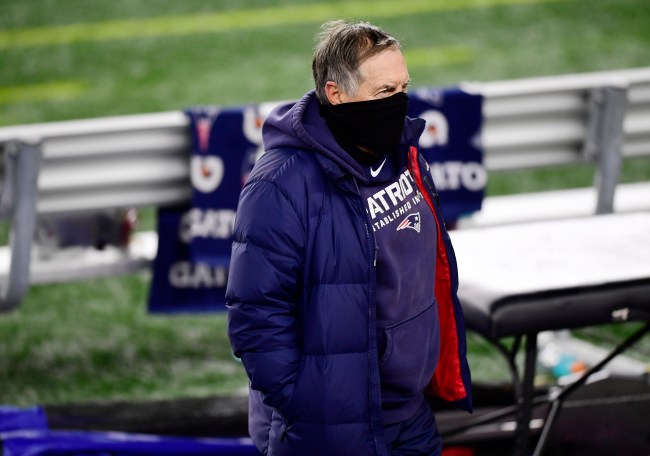 Nothing gets sports media stiffer than a Brady/Belichick handshake snub.

Bill Belichick’s “bad for the league” moments have been documented back two decades, born after his very first playoff loss while coaching the Browns.

And then there was that horrific snub in 2018 when sports media called Child Protective Services after what Belichick did to these poor youths and the NFL launched a 14-month investigation that stalled after Goodell forgot his computer password.

It is news to no one that the Patriots got mutilated on national television, Bill Belichick broke the only cord phone left on the planet, and Cam Newton spikes balls outside of the endzone.

Belichick had every right to spit COVID-infested mucus in Sean McDermott’s eyes after the capital L Loss, but instead, the matrix glitched.

Are you sitting down for this?

This is the longest postgame handshake I’ve ever seen Belichick give an opposing coach.

McDermott after the game: “He was very complementary. …He's a legend in terms of what he’s been able to do. I certainly appreciated that and am humbled by it." pic.twitter.com/jCWAXo4wt6

I made less contact with my senior prom date than Billy did with the McDermott here (Unimportant note: I went to prom alone).

That was the LONGEST postgame handshake/hug I have EVER seen Bill Belichick give to ANY coach.

Tough to make the case Bill Belichick is a sore loser who you can attribute all your problems to when he’s out here rounding second base with an in-division rival.