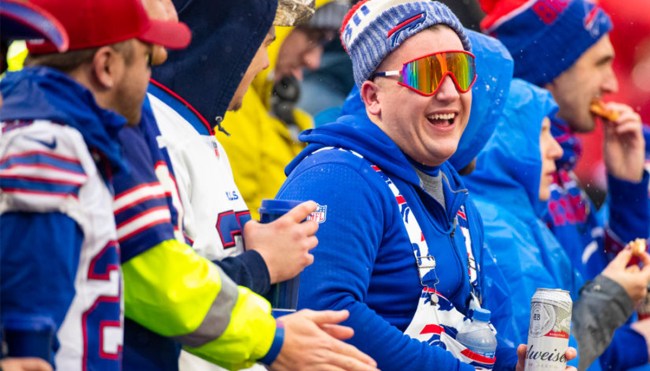 In 2018, the Buffalo Bills snapped a 17-year playoff drought with a little bit of help from Andy Dalton, and fans of the team kicked off what has since become one of the coolest trends in sports by donating tens of thousands of dollars to the quarterback’s charity to thank him for the assist.

Since then, Bills Mafia has forked over millions of dollars for a number of admirable causes. A children’s hospital was on the receiving end of a deluge of funds honoring Josh Allen’s late grandmother, Lamar Jackson’s favorite charity was able to feed over 100,000 kids after the QB suffered a concussion in a playoff contest with Buffalo, and (most recently) the holidays got a bit brighter for a food bank near Tre’Davious White’s childhood home after he tore his ACL.

Now, the fanbase has set its sights on an incredibly appropriate cause in the wake of Buffalo’s showdown with Tampa Bay on Sunday, which featured a number of questionable no-calls that put the Bills at a bit of a disadvantage.

According to WKBW, a number of members of Bills Mafia have decided to celebrate Festivus a bit early this year by airing their grievances in a fairly productive manner by donating $17 (a reference to Josh Allen’s number) to the Buffalo-based Visually Impaired Advancement, which provides rehabilitation services to people with serious eyesight issues.

Thank you, #BillsMafia members, for donating $17!
While we recognize that NFL referees are not visually impaired, $17 makes an impact on VIA to help individuals who are visually impaired. If you would like to donate to VIA, go to https://t.co/YzjDkTzPaH.#LetsGoBuffalo pic.twitter.com/uCCT1pDBgb