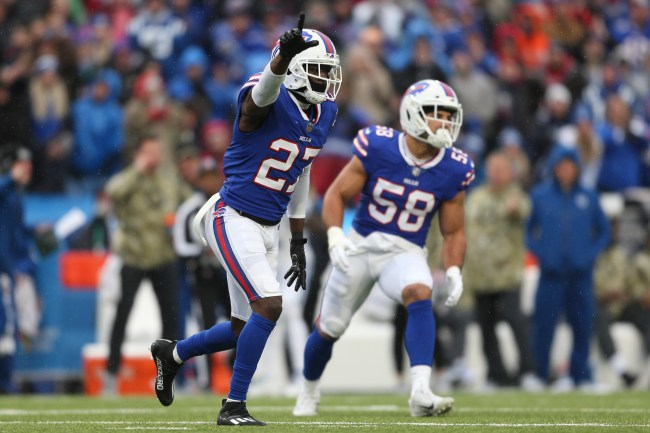 The sports world’s most likely fan base to end up on TikTok is also one of its most charitable. Their generosity shone through again this week after Tre’Davious White tore his ACL in the Bills’ Thanksgiving win over the New Orleans Saints.

White has been one of the key pieces of the Bills defense and one of the top cornerbacks in the league since Buffalo selected him in the first round of the 2017 NFL draft. Losing him is a major blow for the Bills and their fans decided to show White just how thankful they are for what he’s contributed to the team.

To thank White, Bills fans have donated $108,359 to the Food Bank of North West Louisiana in his name. The food bank serves the local community in the area where White grew up.

Look at what you did, #BillsMafia pic.twitter.com/72nUvFywGx

This is an absolutely incredible gesture from Buffalo Bills fans and it’s something that has become a regular occurrence for them. Last season, they even made a donation to Lamar Jackson’s favorite charity after he suffered a concussion in a game against the Bills.

This is just another example of how Bills fans are getting this whole fandom thing right. Keep it up Bills Mafia, we all appreciate what you bring to the world of sports.