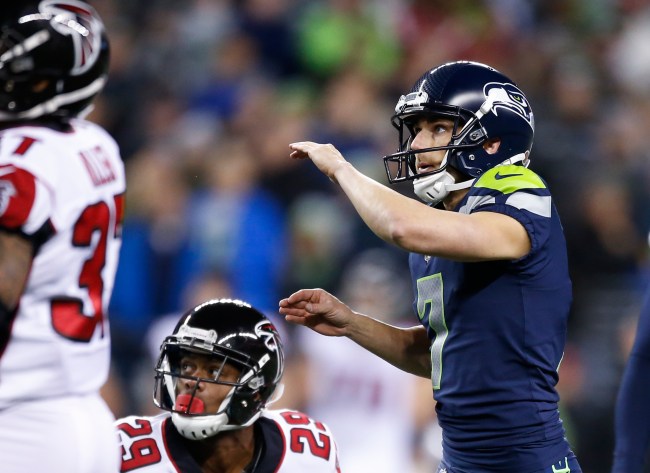 Blair Walsh has had a Ray Finkle-esque NFL career. As the Vikings kicker last season, the 27-year-old famously missed a 27-yard chip shot field goal while hosting the Seahawks in an NFC wild card game to end the season. Walsh got picked up by the Seahawks this season, and fucked over the team he handed a playoff victory just a year ago.

Just two weeks ago, the University of Georgia grad shanked three straight field goal attempts in the first half (in his defense, prior to that, he made 12 out of 13 field goals). Most recently, in a game against the Atlanta Falcons, Walsh’s 52-yard attempt with 2 seconds left fell inches shy of the crossbar, allowing the Atlanta Falcons to hold on to a 34-31 victory.

People on Twitter held nothing back in savaging the poor guy for his second traumatic miss in as many years.

Blair Walsh is gonna do his thing no matter what team he's on. 😂 pic.twitter.com/hq0cfSVAas

Falcons: Let’s do what we do best and blow this game

Ohhh. I just saw that the @Seahawks got the entire Blair Walsh experience last night. pic.twitter.com/3Hhl3xvnIy

In Walsh’s defense, that loss should be put squarely on the shoulders of Pete Carroll. Pete Carroll attempted a mind-numbing fake field goal to end the half that ended awfully. Carroll also made an equally terrible challenge on an clear Doug Baldwin drop early in the fourth quarter and forfeited a timeout that could have come in handy late in the game. So, lets give Blair Walsh another pass.