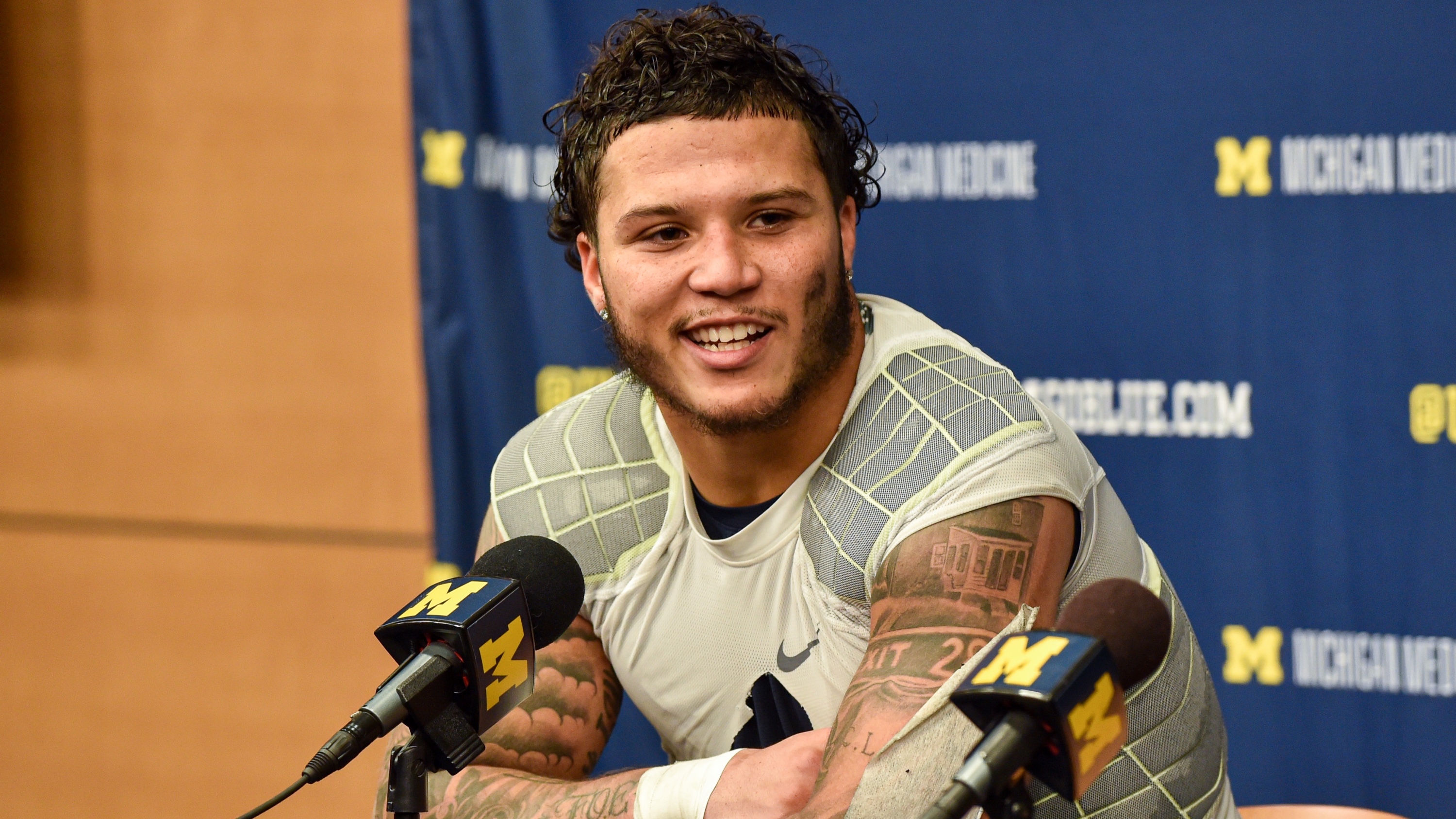 Michigan Wolverines running back Blake Corum announced his custom Chevrolet Camaro had been stolen. The camo paint job is hard to miss but if the camo does its job it’ll be impossible to spot.

Blake Corum took to social media to share that his custom camo Camaro was not paid for by NIL money. It was a high school graduation gift to him from his parents. And they paid for it using hard-earned money.

Thousands of Michigan fans instantly flipped their switch to become amateur detectives. And the hunt for Blake Corum’s stolen camo Camaro is on.

Wasn’t NIL funded, my parents used their hard earned money to bless me with something nice after I graduated high school. God bless whoever stole it🙏🏽 https://t.co/Jt7Da22E8S

ANN ARBOR, Mich. (AP) — Michigan All-America running back Blake Corum reported his car stolen earlier this month in Ann Arbor. Corum’s camouflage wrapped 2017 Camaro adorned with his BC2 logo was stolen from a parking garage between Jan. 13 and Jan. 16, according to Ann Arbor Police Department records.

Corum tweeted Tuesday that his “parents used their hard earned money” to buy him the car after he graduated from high school. “God bless whoever stole it,” he tweeted.

Such an awesome car. Your parents are legends for that. Hopefully it can be found in good condition. 🙏

One person wrote “Not sure how anyone expects to drive that down the street without being caught immediately.”

Another replied “Such an awesome car. Your parents are legends for that. Hopefully it can be found in good condition.”

The detective instincts are kicking in:

Bro do you have onstar, even if not active they can still track your car

Do they think just because it’s camo that no one is going to see it? I am so sorry. Hope you get it back.

If only we could see what the car looked like…

Wish someone would post a picture so we know what to look for. All I see is an empty garage in the tweet

This is where everything is headed:

UM fans at some kid's house in a few days pic.twitter.com/xQen3sSJqO

The guys who stole Blake Corum’s car seconds before realizing that the entire city of Ann Arbor is hunting them down pic.twitter.com/JfO2j6Sxlq

Here is is a look at Blake Corum’s stolen Camaro. If you see something, say something. Let’s get this car back to him undamaged:

If the thieves have social media they are certainly rethinking their choice to steal such a high-profile vehicle.