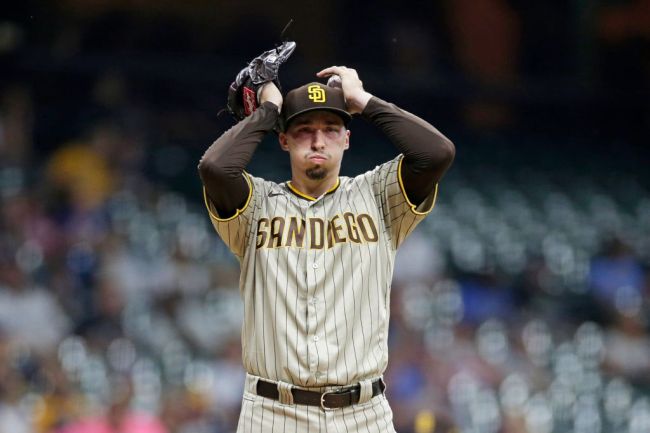 Blake Snell is a statistically average pitcher who is worth $39 million over the next three years. The 28-year-old San Diego Padres starter has one of the most recognizable names in baseball and for good reason. Anyone who wins a Cy Young Award is forever one of the best single-season pitchers of all-time.

With that being said, beyond his 2018 campaign, Snell is nothing special. That makes his award-winning run an incredible underdog story that doesn’t get enough credit.

Snell first began to turn heads in high school. He recorded a 9-0 record with 128 strikeouts and a 1.00 ERA in 63 innings pitched. His dominance led to an offer from the University of Washington and he committed to play college ball in his home state.

Not long thereafter, Snell chose to forgo his collegiate opportunity after he was drafted No. 52 overall in the 2011 MLB Draft by the Tampa Bay Rays.

He signed quickly and debuted with Tampa’s rookie-level team on June 28th, spending his first season with the Gulf Coast Rays. Snell spent 2012 in Advanced rookie-level ball before pitching for the High-A affiliate in 2013. That is when his quick rise began.

Tampa Bay added him to its 40-man roster after the season and all signs pointed toward him being a dominant force for years to come.

Snell was promoted to the bigs on April 23, 2016. In his first Major League season, he threw 89 innings with a 3.54 ERA and won six of 14 games. It was not a bad start to a professional career, but nothing special.

2017 was similarly average. Snell went 5-7 with a 4.04 ERA in 129.1 innings pitch. He was throwing well, but his performance was not the expectations that had been placed upon him.

That all changed in 2018, when Snell had one of the most dominant single seasons in history. His 21 wins were impressive, but doing so with a 1.89 ERA was even more so.

Here's 34 seconds of the nastiest @snellzilla4 breaking balls from 2018.

Favoring sliders and curveballs more often while keeping them low and out of the zone made him flat-out unhittable.

Snell’s nasty cheddar rightfully won him the 2018 AL Cy Young award. At only 25 years old, he was considered the best in the game that year.

Nobody wanted to face him.

After Snell was named the best pitcher in the American League, Tampa Bay had to pay up. Thinking that they were locking down their future, the Rays signed their ace to a five-year, $50-million contract.

The newly-inked superstar had the highest expectations of any player in the MLB entering the 2019 season and rightfully so. He just couldn’t deliver.

Over 107 innings pitched, Snell lost more games than he won and allowed an average of 4.29 runs per game. He spent time on the Injured List throughout the year but it was not a great follow-up.

2020 was better. The COVID-marred season will always come with somewhat of an asterisk, but Snell delivered— to an extent. He threw 50 innings with a 3.24 ERA and went 4-2. There is no denying that it was a great season, but it was less than half of a regular year.

With three years remaining on his deal, the Padres will owe the arm they hoped would make them a title contender $39 million. He is owed $10.5 million this year.

Well, the man who will make more in 2021 than many people will in their lifetime, is not off to a good start. Snell entered his June 16 start with a 5.72 ERA and a losing record.

The most recent struggle.

Hoping to get his stuff behind him against the Rockies on Wednesday, he did not. Snell’s 13th start of the year saw him allow 7 runs in 3.1 innings.

There is a lot of time for Snell to turn his year around. There is no denying that.

However, excluding his 2018 season, Snell has a a career 3.42 ERA. He is good, not great, which makes his Cy Young season that much more remarkable.