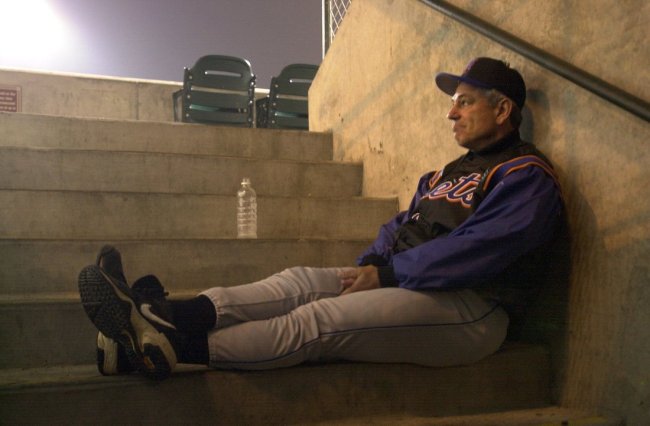 I’m old enough to remember when Bobby Valentine was the manager for the New York Mets. He was brash. He embodied the New York vibe. He was trying to compete with the Yankees for attention in the Big Apple. And it seemed to work pretty well for him at the time.

While the manager compiled a 536-467 record during his seven seasons in Queens — which included a World Series trip during the 2000 season — Valentine’s most memorable moment with the Mets came during a game against the Toronto Blue Jays on June 9, 1999. If you’re a baseball fan, you know exactly what I’m talking about.

That fateful Mets-Blue Jays game was the one where Bobby Valentine got ejected for arguing a catcher’s interference call, was sent down to the clubhouse and then, out of nowhere, emerged to sit in the Mets’ dugout with a fake mustache disguise. The little stunt cost the manager $5,000 and earned him a two-game suspension, as MLB didn’t find the act too amusing.

So what caused the former Mets manager to do such a ridiculous act? Talking to Barstool’s Pardon My Take, he went into detail behind the idea — and blamed two of his former players, Orel Hershiser and Robin Ventura, for coming up with the plan.

“I wish I could take credit for that one, I can’t. You know, it was Orel Hershiser and Robin Ventura who were in the clubhouse after I got ejected, and after I got through kicking a few of the stools, they said, “Hey, you’ve got to go back out there.” Because we had a situation where I had some new coaches in the dugout who didn’t really know our team. It was extra innings. Maybe there’s going to be an important managerial maneuver and they want to be out there.

“I said, ‘I can’t go out there, guys, I can’t do it.’ And they said, ‘Yeah, here, put on this hat, put on these glasses, take off your uniform and go out there in just a t-shirt.’ And I did thee glasses and the hat and the t-shirt. I went into the training room and I looked in the mirror to see what it would look like. And then I looked down, I saw the Stick’Ums that you put underneath your eye, you know, to keep the reflection of the sun.

You’ve got to love those “Amazin’ Mets”, right? And this story is definitely amazing, with Bobby Valentine throwing both Orel Hershiser and Robin Ventura under the bus; albeit 22 years later. Still, the fact that the two veterans convinced their manager to wear a fake mustache — and believed he’d get away with not being identified — only makes all of this so much better.

With the 22-year anniversary of Valentine’s mustache disguise recently passing, it’s clear this will forever live on in baseball lore. It’s actually unfathomable to think a manager in the MLB would do something like this. But that’s part of what made Bobby V so one-of-a-kind, and why this stunt will always be his lasting legacy.