Booger McFarland Mentioning O.J. Simpson As An All-Time Great Did Not Sit Well With NFL Twitter 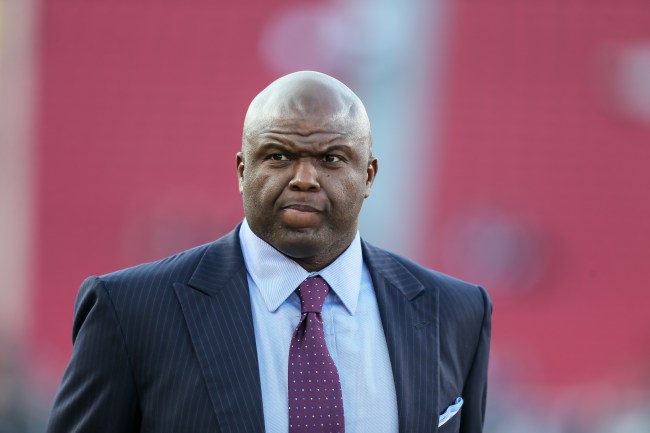 Given all the shit we disagree about in public discourse, one thing that brings me hope for our future is that we all inherently agreed to stop talking about O.J. Simpson, the football player. We just straight up erased from our collective brains that he was a five-time First Team All Pro, former league MVP, and NFL 100th Anniversary’s All-Time Team.

Damnit, I’m talking about O.J. the football player, aren’t I?

Well Booger McFarland gets paid a lot more than I do, and he should know better.

During the same game Booger drew a cock and balls on the telestrator during Monday Night Football, the ESPN commentator listed off some NFL greats after Drew Brees passed Peyton Manning on the all-time passing touchdowns list. Among them were Jerry Rice, Tom Brady, and a guy that probably committed double murder.

There is nothing NFL Twitter loves more than to pick on a Booger.

Booger: "I wouldn't say Drew Brees is the best player ever, you got to look at guys like OJ Simpson"

Booger name-dropping OJ in a convo about best NFL player of all time? pic.twitter.com/JwqgwQfqYE

Booger: "Drew Brees is the most accurate passer ever, but he's definitely no Tom Brady. But even better than Brady was OJ Simpson" #MNF pic.twitter.com/okRlCxCQ05

Did Booger just bring up OJ when talking about the best football player ever?
First of no. Secondly- Nnnnoooooo pic.twitter.com/8jJ4rgEdyZ

Can we all just go back to forgetting O.J. played football now? Thanks.