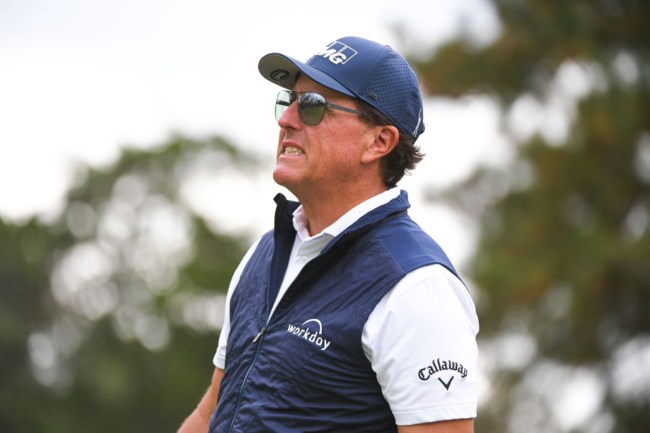 Golf Channel’s Brandel Chamblee was one of many well-respected people in the golf space to call out Mickelson for his apology, but his roast of the six-time major winner may be the most accurate yet.

Shortly after Mickelson issued his apology, one in which he failed to mention the PGA Tour by name, Chamblee jumped on ‘Golf Central’ and shared his thoughts about Mickelson’s statement.

“The last two paragraphs were him reminding everyone that he’s a good guy.”

Chamblee Doesn’t Understand Why Mickelson Wants The Game To Change

Mickelson called Saudis “scary motherf–kers” and murderers while calling the PGA Tour a “dictatorship.” Those remarks certainly caught everyone’s attention. However, the message Mickelson very poorly was ultimately trying to get across was that golf, specifically the PGA Tour, needs change.

Chamblee doesn’t understand where Mickelson is getting that idea from.

“How does [golf] desperately need change?” Chamblee asked. “The game of golf is booming. [Golf manufacturers] for the first time ever are having to deal with supply. Do they have enough supply to furnish all those fans of the game that are out there playing in record numbers? The PGA Tour is doing extraordinarily well.”

The fallout for Mickelson is just beginning. Nobody knows when, or even if, the lefty will find his footing again in the golf world.

Chamblee is right in calling Mickelson’s apology damage control. Mickelson is already in bed with the Saudis seeing as how he reportedly wrote the operating agreement for the breakaway tour. It seems as if Mickelson is trapped, and he’s trapped in a room all by his lonesome at the moment.