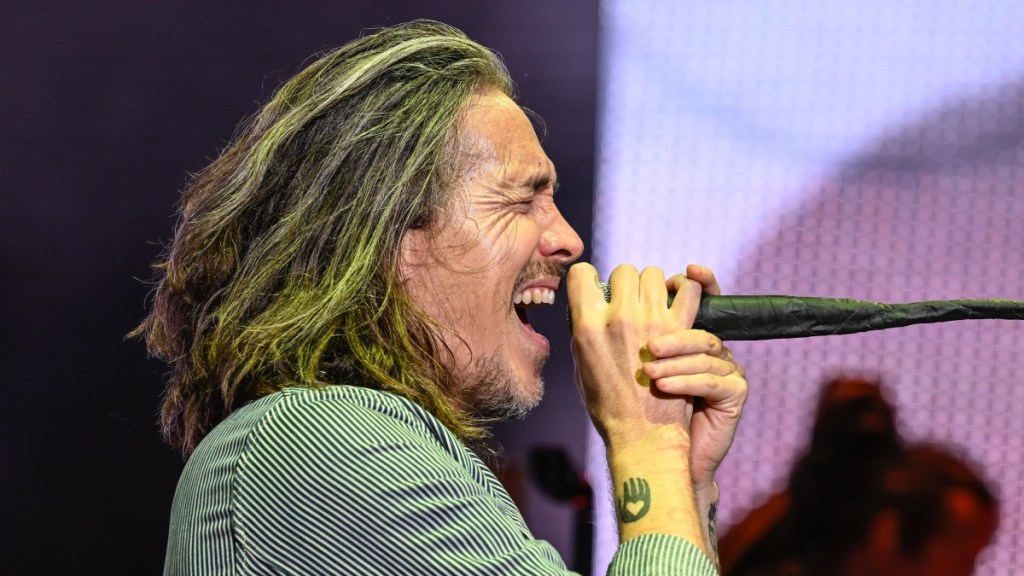 Calabasas in Southern California is where Incubus singer and frontman Brandon Boyd grew up. And it’s where he went on to found the band with Mike Einziger (guitar), Alex Katunich (bass), and José Pasillas (drums) when the four were in high school.

As a band, Incubus has been active since 1990 pumping out Alt/Funk/Nu Metal music. And Vermont-based Jam Band Phish has been together since 1983 (with a few years off between 2004-2008). I’m pointing this out because the timing is pretty critical here. With Phish predating Incubus by just a few years, singer Brandon Boyd got deeply into the jam band while the Vermonters were taking off and he was able to catch a glimpse into his future.

To both the trained and untrained ear, Phish and Incubus are not alike. It’s possible that Phish could cover some Incubus songs with ease, and vice versa, and Phish could split into the Incubus style of lay on various jams but their styles of music couldn’t be further apart.

So it was interesting to hear Incubus frontman and singer Brandon Boyd recently call Phish one of his favorite bands and credit them with influencing the early music of his own band. Brandon recently spoke with Rock Sound (video below) and opened up about the indelible impact Phish had on him and Incubus.

Here’s the video along with quotes from Brandon Boyd below about the impact Phish had on him and Incubus.

Brandon Boyd’s first introduction to Phish: ‘I don’t get it’

Brandon Boyd: “The first time I heard Phish was at a friend of mine’s house in the area here and he lived in kind of a very wooded part of the canyon. It was after school, I think it was 10th grade.

And we went over to his house to smoke some grass or something like that. I think we smoked a joint together and he put on Phish and I didn’t know what it was and he was just obsessed with it. He was like ‘listen to the tone, listen to all this’ and I remember being like ‘I don’t get it.’

(laughing) My first reaction to this band that ultimately would be just on infinite repeat for me for the next couple of years was ‘I don’t get it, I don’t understand why you like this. It sounds confused to me.'”

Brandon Boyd: “So, then I let it go and I didn’t really think too much about it. Then another friend/somebody else was listening to it and I listened to it a little bit more. And I started to clue into some of the musicality around it and kind of parse out what was happening.

That’s something I’ve always loved to do with music even before I myself was a musician, I loved trying to ‘take the radio apart’ so to speak and see if I could put it back together. And with Phish, there elements of it that I could deconstruct but then there was a lot of stuff… and still to this day… I actually don’t understand why you (Phish) made that decision.

I don’t understand how you got from A to Q here, this doesn’t make sense to me. And that usually is an indicator of a band that I’m really going to enjoy is if they have a kind of perplexing effect.”

Going to see them play live

Brandon Boyd: “I honestly don’t remember what song was playing when I first heard Phish, I think it was stuff from the album ‘A Picture Of Nectar’. And so that ended up being my first deep dive into the band. Then I started to go see them play when they would come into town.

And then really the first times I would travel… I used to go and see the Grateful Dead with friends of mine. I’m old enough that I’ve seen the Grateful Dead live a handful of times. But Phish would come through town or they’d be some place in Northern California or something and I’d get in the van with friends and we’d go up there and watch them play.

And part of what I ended up falling in love with about it was not only the music. The music I thought was so clever and weird and funny and virtuosic but there was an environment around it, the people it attracted, that to me at that time in my life felt otherworldly. It felt like I was walking into another universe. There was a lot of meat on that bone, so to speak.”

How Brandon Boys and Incubus’ Music Were Influenced By Phish

Brandon Boyd: “I think Phish had an undeniable influence on our band (Incubus). I don’t think that’s the most intuitive one for most people to go to. I don’t think they would listen to Incubus or would watch one of our shows and be like ‘this band was influenced by Phish’ but I think maybe some of our more dedicated listeners might agree.

If they had listened to Phish and listened to us and gone ‘oh yeah’, especially the earlier stuff. We were noodling a lot more, we call that noodling. And we do enjoy remixing our old songs on occasion and that was inspired by bands like Phish and The Dead but also bands like Primus.

Primus was another HUGE influence on our band in the early days and in a lot of ways our band wouldn’t exist if it werent’ for the influence of Primus and Phish and Mr Bungle was a big influence on us and even bands thatwere more above ground like Alice In Chains and Pearl Jam and Soundgarden. They all kind of leeched into our process. And still to this day I love all of those bands.

Did someone say Primus x Phish?

While we’ve never seen a full-blown Primus x Phish crossover, we do have this moment where Primus bassist and frontman Les Claypool joined Phish and it’s straight up incredible:

Interestingly, Incubus did cover a Phish song in concert before. On October 10, 2002 at the Duluth Entertainment and Convention Center in Duluth, Minnesota.

Incubus busted out ‘Maze’ by Phish as the first song of their 3-song encore. I have to imagine there were at least a handful of people in the crowd who recognized what was happening and it was a transcendent moment for those fans in that moment.