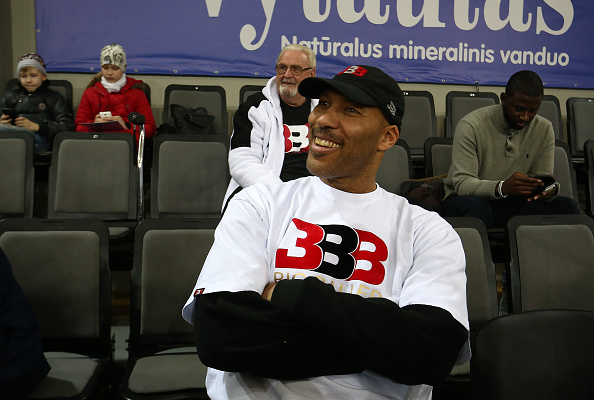 Former Newport Harbor high school standout Brandon Phillips, who played for the Los Angeles Ballers in LaVar Ball’s Junior Basketball Association, claims the league owes him money and have failed to live up to their promises.

Today, Phillips spoke with Thomas Duffy of Cycle media and claims that the JBA has only paid him roughly one-third of his promised salary, and are not answering his phone calls or emails.

Former JBA player Brandon Phillips (@itsbphilly) tells me the league only paid him about 1/3 of what he was promised.

Had to pay for his own bags on every flight, so he saved nothing.

Phillips, who was cut by the league midway through the season to make for LiAngelo Ball, took to Twitter to also claim that the league made him pay to check in his own bags at the airport.

Not speaking for everyone in the league, just myself

Never said anything about Lavar ball, he wasn’t traveling with us. The league has been great to a lot of kids. But in my case not so much and i don’t know what players you’ve talked to but i can provide screenshots of players on my team who also got cut backing up my statements.

It wasn’t based on skill or anything biased, we were told that if we had to pay for our bags we would be reimbursed at end of the season and i just haven’t been reimbursed

I want my money ion care about the clout lmao

I’m not knocking them for me being cut at all, Basketball is a business. All i am concerned about is my check

Back in June, LaVar Ball confirmed that players were going to get paid $3k a month in base salary and receive 60 percent of all jersey sales.

LaVar confirms paying all current JBA players $3,000 per month. They will also receive 60% from Jersey sales.

Therefore, if a player sells 1,000 jersey that’s an easy extra $48,000 in their pocket. Not to mention, the other opportunities for endorsements.

The JBA league wrapped up earlier this week with every player on the championship team getting a brand new Cadillac.

Hopefully the JBA resolves the situation with Phillips soon because as of right now it’s not a good look for the league.