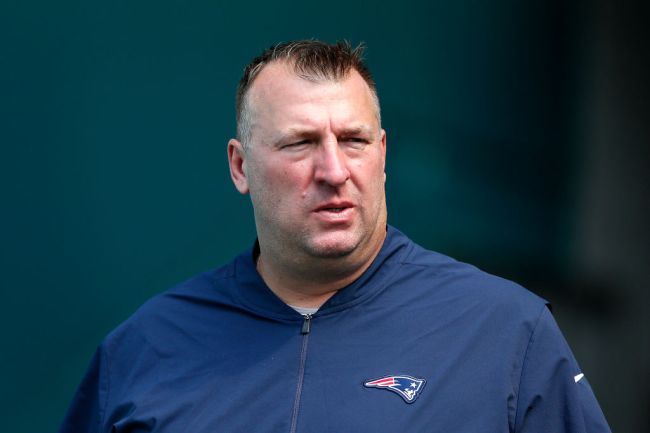 The Patriots are caught in the middle of another sticky situation. As Bret Bielema’s multimillion dollar litigation with the University of Arkansas’ Razorback Foundation continues, New England’s role continues to expand.

Bielema, who was hired as the newest head coach of Illinois football in December, served in the same role at Arkansas from 2013-2017. He was fired after an 11-29 conference record in five years and was set to collect a buyout of around $12 million, paid out monthly through the end of 2020. It goes to show how lucrative it is to be fired as a college coach, earning nearly $4 million a year not to coach, but part of the agreement was that he would actively pursue another job.

As part of the buyout agreement in 2018, the money owed was subject to be offset by the salary Bielema would make with another coaching position, so the school negotiated a “good faith effort” in his job search. However, the buyout agreement stated that he could earn up to $150,000 in 2018, $125,000 in 2019 and $100,000 in 2020 without offsetting the amount owed by Arkansas.

Thus, when Bielema accepted a draft consultant position with New England for $25,000 and then received a promotion to a special assistant to Belichick for $100,000, he kept Arkansas on the hook for nearly the full number while also collecting a salary from the Patriots. He then signed a $250,000 contract to be the team’s defensive line coach after his first year, a figure well below market value. Position coaches typically make at least several hundred thousand dollars and Bielema signed the dotted line for significantly less than the average pay. He later joined the Giants as a senior defensive assistant and outside linebackers coach last season for $400,000.

When the Razorback Foundation (the organization tasked with sending Bielema his Arkansas buyout money) found out about his deal to join Bill Belichick’s staff, it stopped sending payments in January of 2019. The Foundation declared him in breach of agreement, citing that Bielema didn’t give enough effort in his employment search and then didn’t receive a commensurate salary for his duties with New England— for which at least the latter is undeniably true. The voided buyout agreement also included a demand that Bielema pay back the $4.235 million he had already collected due to a “calculated, bad faith effort to renege on its contractual obligations.”

This decision to withhold payments made Bielema upset and he filed a lawsuit against the Razorback Foundation in June of 2020, alleging that it violated his buyout agreement. Bielema and his attorney Tom Mars are seeking $7.025 million in compensatory damages, plus punitive damage, pre- and post-judgement interest, attorney fees and court costs from the Foundation. Mars is a name that you may be familiar with from his representation across collegiate athletics. He is heavily involved with seeking immediate eligibility for players in the transfer portal and was a big player in Hugh Freeze’s scandal at Ole Miss that resulted in his ousting.

The lawsuit contends that Bielema’s decision to accept lower-level jobs in the NFL was with intent to enhance his experience and make him a more viable candidate for college programs. Nor does the language in his buyout define what kind of jobs he needed to seek to satisfy the agreement— a loophole that is being heavily emphasized.

This is where New England comes into play from a legal standpoint and things start to get really interesting.

Arkansas pushed back on Bielema’s reasoning and alleges that his salary with the Patriots was manipulated to fall within the buyout exemption. The Razorback Foundation countersued Bielema for fraud in September, adding his agent Neil Cornrich as a defendant. Cornrich also represents Belichick, who is a central figure in the Foundation’s theory of liability.

“Cornrich used his connection with Bill Belichick and the Patriots to negotiate a [low] salary for Bielema,” the countersuit alleges. “[This move] benefitted the Patriots, and, by extension, [Cornrich’s] other client, Bill Belichick, to the detriment of the Foundation.”

As the Foundation sees it, Cornrich and Bielema conspired to conduct a “scheme” that worked in favor of the Patriots, hiring the former Arkansas coach for a salary “that was purposefully less than the trigger amount” for the agreed upon offset. Belichick was subpoenaed in the lawsuit in November, but neither he nor the Patriots were named as counter-defendants in the litigation.

Bielema’s legal team, led by Mars, will make three key points in the defense. First, it’s unclear as to why Belichick and the Patriots would create a scheme of this nature over comparatively insignificant financial numbers. Second, Bielema was not in a position of strength when he was bargaining with New England. Third, Bielema pursued other roles (his name was floated for the Colorado and Michigan State head coaching jobs, among others) with no success, which makes his job search efforts legitimate to the buyout’s agreement.

While New England was initially left out of the litigation as a defendant, its role in the case has since expanded. As the team rejects any allegations that it partook in an illegal conspiracy, its stake in the legal battle has moved more toward the forefront.

The Patriots were subpoenaed prior to the new year and produced 458 pages of documents relating to Bielema’s hire. The Foundation found that those materials are consistent with its beliefs of a deliberate conspiracy to suppress his salary. Attorneys for Bielema, and now the Patriots, lambasted the Foundation’s interpretation.

As of right now, it does not seem as though the Foundation intends to bring Belichick or the Patriots into litigation as defendants. However, the Foundation’s counsel implied that it was not off of the table for the team, Belichick or owner Robert Kraft to be included as co-defendants as the case continues. New England is now confidently in the middle of negotiations, whether that move is made or not.

If the Foundation intends to amend its claims and bring New England into the mix, there is a looming possibility of substantial changes to the litigation.

The case continues to evolve and is currently scheduled to go to a jury trial on June 1. Until then, negotiations will continue and the parties will probably reach a settlement before it goes to court. There is likely a monetary number that both sides will prefer to the drain of legal costs and, surely, neither side wants to testify in public court about private activities.