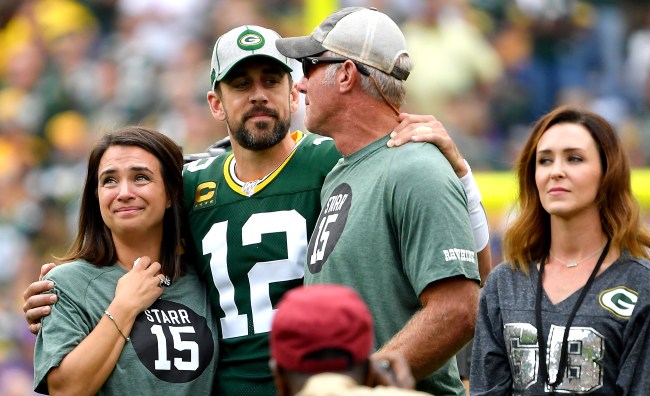 As every diehard NFL fan knows, legendary quarterback Brett Favre and the team who he is synonomous with, the Green Bay Packers, did not have the greatest parting of the ways when the Hall of Famer was traded to the New York Jets in 2008.

Fans also know that Favre didn’t exactly have the greatest relationship with his successor at quarterback for the Packers, Aaron Rodgers, when he left the team after 16 seasons. The two have since become pretty close, but back then? Not so much.

Favre, who has already said that he believes Aaron Rodgers will eventually leave the Packers, because Jordan Love Pick “got the gears going in Aaron’s mind,” recently spoke to the Wisconsin State Journal about the Packers decision to draft Love and made a surprising admission.

“If I could go back and do things differently, I certainly would,” Favre admitted. “When I made the decision to tell Mike McCarthy that I would retire, I was probably a month, month-and-a-half removed (from the season). It was before the draft. I always make this (comparison) — and maybe it makes sense to me and not to others — but if you think back to when you were in grade school, you couldn’t wait to get out of school for the summer. But by the end of the summer, you were kind of ready to go back to school. And that is kind of the way it was with football. And the older I got, the tougher it got to get re-invigorated and excited about it.

“I would much rather have not said anything and just bought a little time. Of course, everyone knew by that time I couldn’t make up my mind two months removed from the season anyway. We had been down that road before. But I knew, and I have no ill feelings about this, but I knew they were sort of ready to go in a different direction. And at some point you’ve got to make that transition, and Ted felt like that was probably the best time. It turned out to be a great move. And I’d tell Ted that to his face right now.

“It was a great move drafting Aaron Rodgers, and it was a great time to make that transition. And it’s worked out well for them. The jury is out whether or not the same will happen with Jordan and his transition. We will see.”

Favre also doubled down on his belief that Rodgers will eventually play elsewhere due to the Packers drafting Love.

“I said that (would happen) with Aaron simply because of this: When his contract gets close to running out, it also will be running out for Jordan Love,” Favre explained. “And at that point, do you re-up Aaron for (a few more years) for $40 or $50 million, or do you go with the young guy and give him a new deal? I just don’t see the young guy getting a new, blockbuster deal without ever really proving himself. That’s really why I said Aaron would probably play elsewhere.

“They drafted him to be the next quarterback. And that move is going to have to be made in the near future. I wouldn’t say in the next two years — if Aaron were to get hurt God forbid, then it would happen sooner rather than later — but if it plays out like you expect, Aaron plays the way he always plays and it gets to contract time, I don’t know what they’re going to do. But they drafted (Love) to make that move at that point. So I don’t see them drafting him in the first round — trading up and drafting him in the first round — to let him sit for eight more years.”

That being said, Favre did add, “[Rodgers] won’t be replaced unless he chooses to go elsewhere or he gets hurt. I mean, the guy is arguably the best player in the history of the game.”

Read the entire piece over at Madison.com.