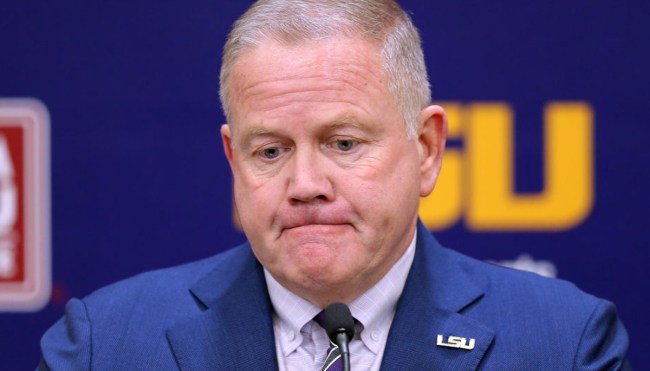 It’s been a very interesting few months for Brian Kelly, who unexpectedly stepped down as the head coach at Notre Dame while the team was still in contention for a spot in the College Football Playoff after accepting the same job at LSU.

Since then, Kelly has provided college football fans with plenty of entertainment that’s primarily come in the form of the tsunami of second-hand embarrassment that’s washed over anyone who’s watched him awkwardly dance with a recruit, pull out the Southern accent he seemingly adopted overnight, and give Dom Toretto a run for his money with his use of the word “family.”

Now, Kelly has popped back up in the news again for a less than ideal reason courtesy of a post that briefly appeared on his Instagram account on Tuesday. The picture in question was a screenshot of a tweet from a user by the name of “@Stinky17302153,” who asserted “everyone who is connected with sources” at his former school is aware Notre Dame athletic director Jack Swarbrick and president John Jenkins are planning to retire in two years. 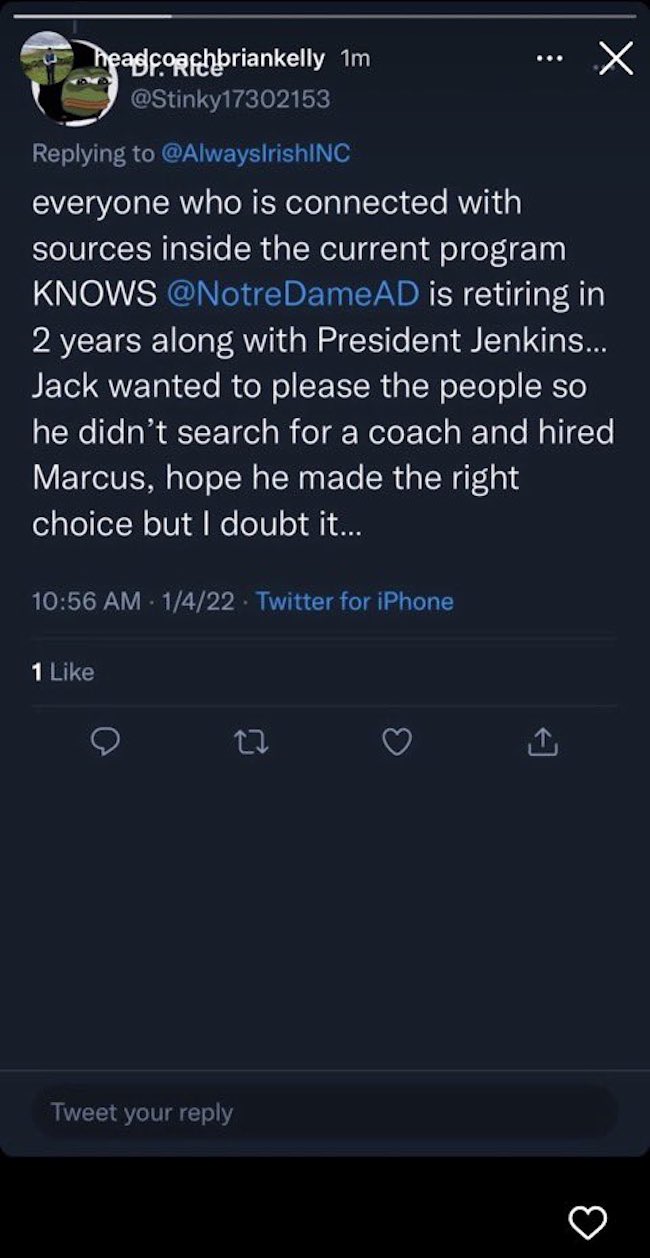 There’s obviously no way to know if that’s the case, but it seems a bit odd that Kelly was even aware of the account’s existence. Things get even more interesting when you consider it first started posting around a month after he left Notre Dame, and while the tweets may have vanished, it’s pretty easy to determine the person behind them was a Kelly defender who claimed to have some inside knowledge of Notre Dame’s program based on the replies from some people who engaged with it. 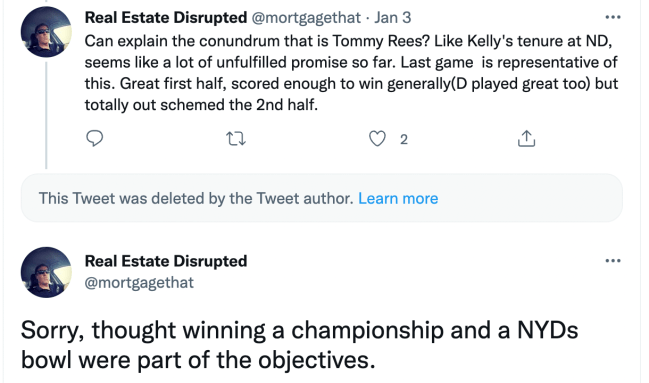 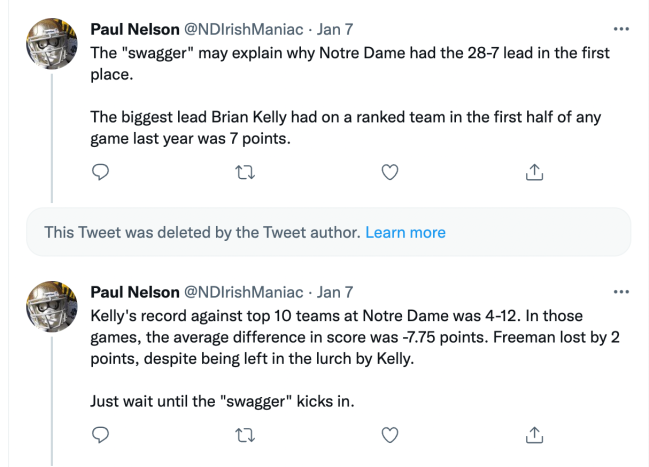 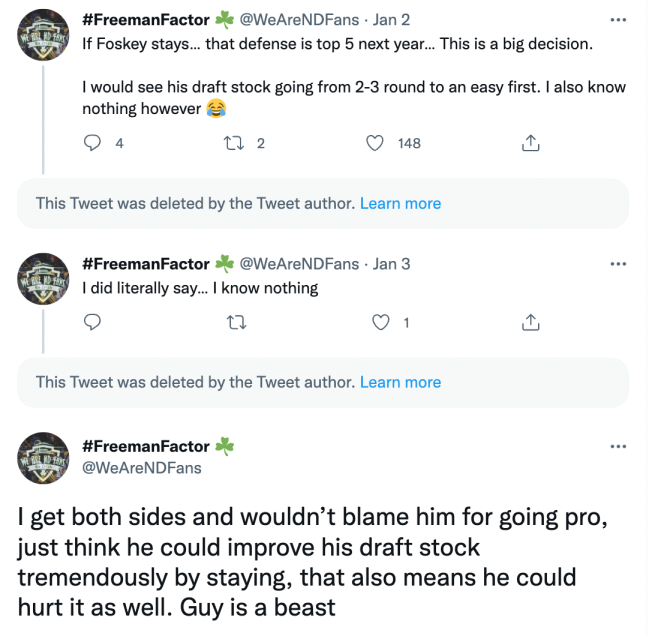