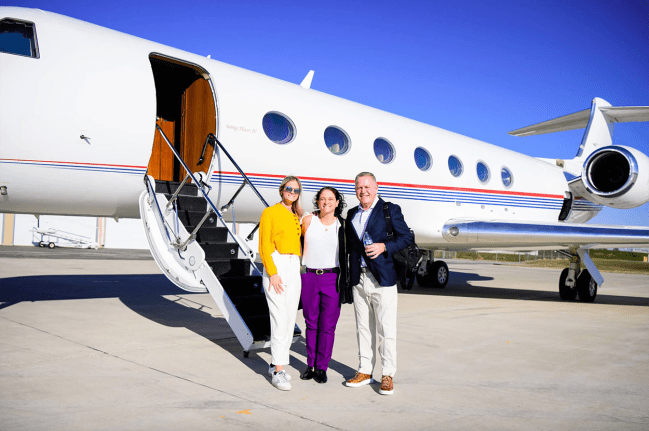 Brian Kelly’s arrival at LSU was anything but smooth. The 60-year-old head football coach left Notre Dame in the dust to turn around and secure a bigger contract in the SEC.

There is nothing wrong with that, in fact, getting paid is encouraged. However, he left the Fighting Irish with an extremely short, bizarre breakup speech, appeared to piss off his assistant coaches in the process, and then faked a southern accent during his first public appearance in Baton Rouge.

Meanwhile, his daughter Grace is still a senior at LSU. She has taken the entire thing in stride and clearly does not care what people think.

After the coaching change was made, Grace posted about what it’s like having her dad leave Notre Dame for LSU on TikTok. Her reaction was absolutely hilarious and, again, made it clear that she is not concerned with the opinions of others.

As she laid on a white sandy beach while she and her family enjoyed a nice (and surely very expensive because Brian Kelly got a bag) vacation, Grace chirped all of the people who bring their opinion on her dad to her.

i have so many for this

She also made it very clear that she separates herself from her dad. Grace doesn’t care what you have to say.

The bottom line here is that Brian Kelly’s performance as a football coach has nothing to do with his daughter. She is objectively hilarious and knows how to laugh at herself— take a look at her other videos HERE. Credit to Grace, because hearing the constant noise about her dad must be brutal.