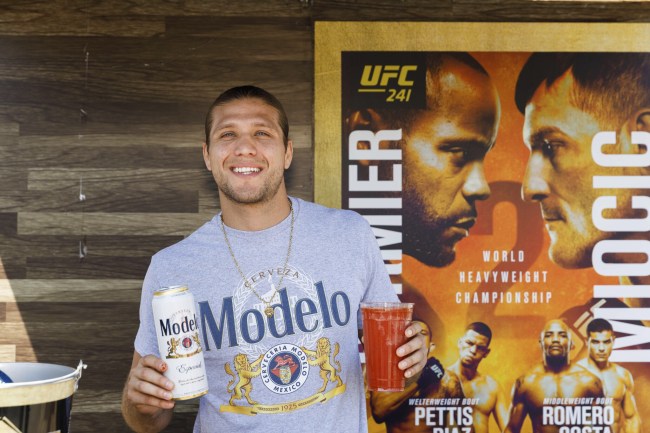 Rebounding from anything in life isn’t supposed to be a walk in the park. It is hard. Rebounding is supposed to be hard. It’s an emotional and physical gut-check; a moment where you need to face your own weakness that left you tapped out on the mat, even when that mat is a metaphorical one.

Every single person has to learn to rebound. It’s biologically hardwired into us – a part of our deeply complicated coping mechanisms.

Rebounding is all about how we recalibrate ourselves, as humans.

In combat sports, no one knows that more than UFC featherweight Brian Ortega. Last December at UFC 231, T-City was clobbered by Max Holloway in a slugfest-of-a-main-event, delivering Ortega his first professional loss (13-1). The President of the United States himself called it “the greatest fight I’ve ever seen,” personally calling Dana White to rave about the event.

Somehow, Ortega remained in the Octagon as a bloody pulp for four rounds after getting his ass-handed to him. Doctors inevitably called off the fight, giving Holloway a decisive victory by TKO.

Meanwhile, Ortega sustained some seriously scary injuries: A broken and bloody nose, a broken thumb, and a swollen eye so swollen that it looked like a badly rotten peach.

Afterwards, Ortega said he was “ready to die” in the Octagon during the Halloway fight. 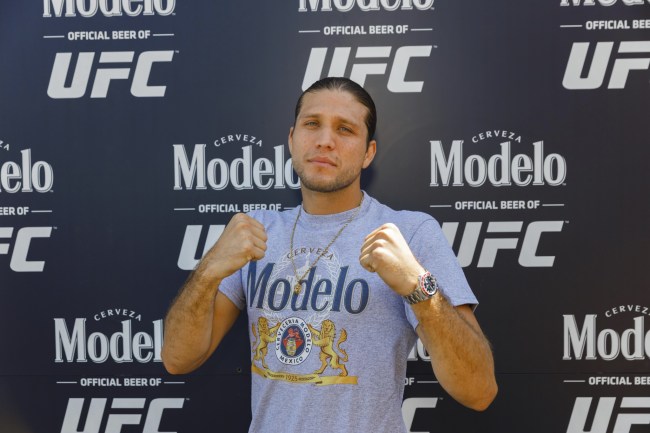 In the weeks following the brutal loss, Ortega started documenting how he physically rebounded; wounds on his face cleared, his eyes regained life. MASSIVE pins got pulled out of his broken thumb.

Then came the tough stuff for Ortega: Learning to find your fighting spirit, mentally and physically, after experiencing a crushing blow to the body, ego, emotions, and aspirations.

A couple weeks ago, at UFC 241 in Anaheim, I had a chance to chat with Brian about getting back on his feet in 2019. Ortega was relaxed, chillin’ with midday Modelos as a spokesperson for the beer’s sponsorship investment in the UFC.

So how has Ortega rebounded this year?

Step one: Eliminate the people who wanted nothing to do with him when he lost.

I’m good. Fight day in LA. How’s does it feel to be here today?

It feels good. There’s no pressure this time. Like I said, I’ve walked up and I’ve seen the arena. I didn’t have these nervous thoughts pulling up because I didn’t have to fight in this arena. Last time I came to this arena, I actually fought in there, so it was weird.

The anxiety is a little less today.

Yeah, no anxiety at all. My stress level is 0.

You took some pretty serious knocks in UFC 231. You’ve had a lot of time in 2019 to regroup and recalibrate. How are you feeling right now?

I feel good. I was talking to someone and I said I feel happy again. It’s something that I lost in 2018. I felt like everything was a job. A job where I had to do the same thing repeatedly. I was like I was living in– I don’t know, it was just weird. I did train since the Frankie fight all the way to December. So, mid-February all the way to December it was nonstop. I was just redlining my body doing the same routines. And then with negative people, it just took a toll on me.

And then finally, when the fight happened, and I lost, I got rid of all the people because not only were they bad during the year, but after I lost my fight, they turned their back on me. So the first stage was that I was sad that all this happened and it was like, damn I got hit hard. But the last phase was coming back and, like I said, you can’t break me. There’s no way you can break me, physically or mentally.

And then I came back. I came back and I stood up and told everyone who needed to get out of my life, I told them all off. I feel like that was a bigger win than the actual fight itself, because that’s something that I’ve never thought I was willing to do. But a lot of people, some I’ve known for 15 years out of my life, I got rid of all of them.

I hired a new team and patched up all the holes in my game. I’m working on everything now. I have a legitimate team. I have people who are experts in all kinds of things from wrestling to kick boxing to boxing.

You name it, I fixed it. Or I’m fixing it. And I’m working hard.

That’s awesome. Do you feel like the biggest thing for recalibrating was sort of getting new people in your life like that? What was that like? That’s a really hard thing for most peop–

It’s something that I felt for a while. But, because I’m too loyal, I never did anything about it. Because I’m the kind of guy that is loyal to whoever is loyal to him. Through the good and through the bad. But then, when they finally turned their backs on me, it showed me a different kind of reality check.

For sure. Now that you turned a page, at least mentally, and finally found your happiness, how are you channeling that?

In the best way possible…

By training. Having everyone who is part of the team now work together as one, and not individually. I don’t even know how to explain it, it’s such a dope vibe. Before, we would all be in one room and we would leave and everyone would come to me with some kind of problem. They would say, fuck this guy, fuck that guy. It was very bad. I hated it.

That’s awesome. Can you give us a rundown of what you’re doing with Modelo?

I feel like the Modelo people understand what it means to have a true fighting spirit. Obviously, I have an amazing fighting spirit. And that’s entirely what they stand for. So working with them and seeing them and being part of the band now is very cool. I got to go and check out how the beer is made, each stage of it. I saw all kinds of things that I didn’t even think about. I just opened a beer, popped it up, and drank it and that was it.

When you actually get this knowledge and then you see the people who work for them, and you understand more of the process, I think you appreciate the things a little more.

Now I feel cool because everyone that has a Modelo, I can say, by the way, I was at the place where they manufactured that Modelo and I got to taste it in all stages. So I feel like a beer nerd. 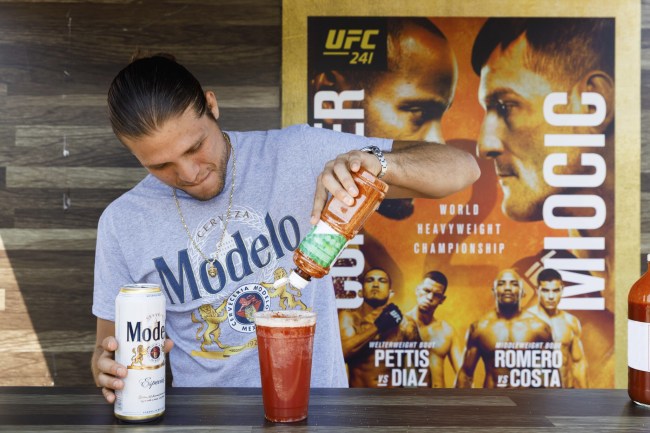 You are basically a beer snob now.

That’s amazing. So what are your sights set on? Still a lot left to play out in 2019… What are you focused on?

I’m very transparent. I’m trying to get a fight by the end of the year. I’m looking at the entire roster, only when it’s available. Right now, Korean Zombie (Chan Sung Jung) called me out on the internet.