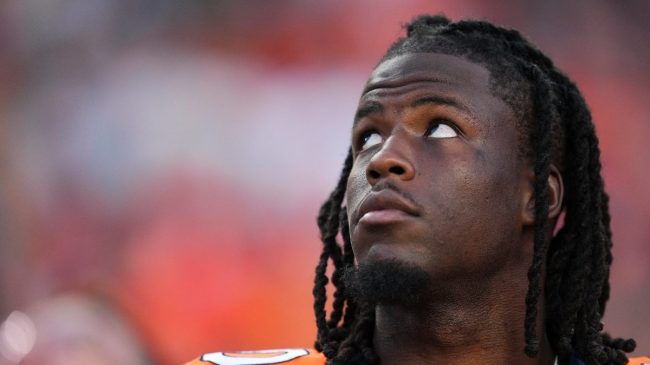 The Denver Broncos were pegged to be a clear-cut playoff contender after trading for Russell Wilson in the offseason. However, the team has been an utter disappointment so far this year. For that reason, trade rumors have begun to ramp up, with teams interested in Jerry Jeudy, Bradley Chubb, and others.

According to Adam Schefter, rumors are that multiple teams have expressed interest in making a trade. Three players specifically are apparently on everyone’s radar. “Over the past week, the Broncos have received multiple trade inquiries about star defensive end Bradley Chubb and wide receivers Jerry Jeudy and KJ Hamler.”

Denver is truly in a weird spot this season. They were believed to be a playoff contender and are still in the race in the AFC West. Regardless, other franchises may smell blood in the water, as Russell Wilson and the offense have been less than impressive.

Considering the Broncos traded a haul away for Wilson, perhaps making some deals before the trade deadline makes sense. Especially with the star quarterback dealing with a hamstring injury right now. With Denver off to a cold start, the front office might have to make some trades in the coming weeks.

Keep an eye on this franchise for now. Depending how they perform in the upcoming games will probably decide which direction the team will go. If the Broncos keep losing, then trade rumors regarding Jerry Jeudy, Bradley Chubb, and KJ Hamler will continue to ramp up.