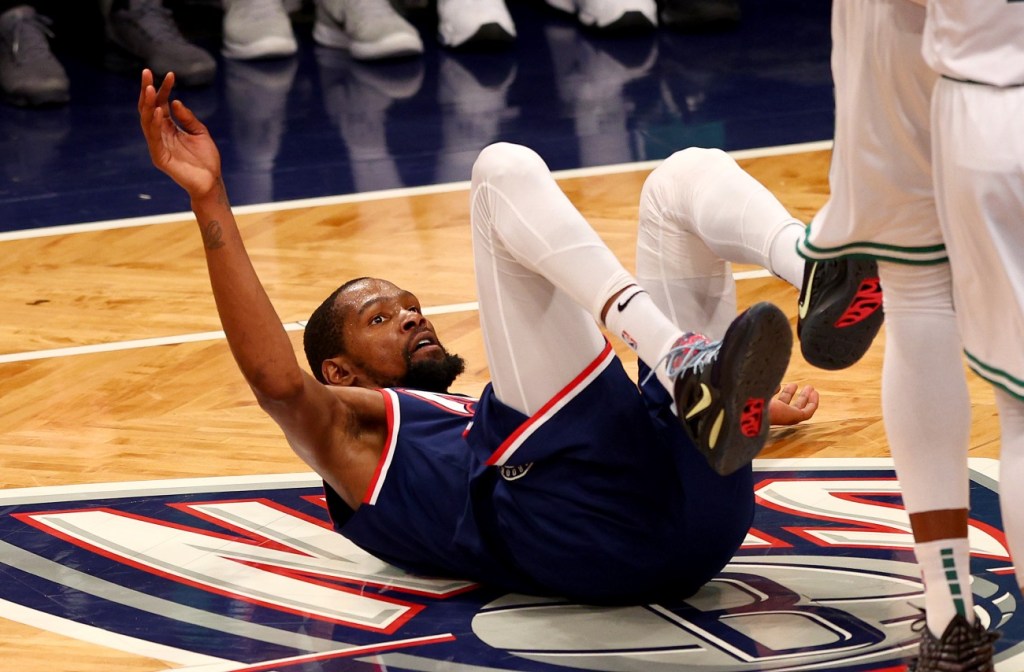 The NBA world stopped spinning for a brief moment on Thursday afternoon when news broke that Kevin Durant had requested a trade out of Brooklyn. This news came just two days after Kyrie Irving opted into his $37 million extension with the Brooklyn Nets and it appeared as if the team was going to stay intact.

Thursday has been a pretty wild day for sports news. Baseball is really the only major TV sports attraction after the NBA Finals and Stanley Cup finals wrapped up and the NFL is still 70 days away. Things have been slow… Then came news that USC and UCLA were leaving the Pac 12 for the Big 10 followed shortly by this massive Kevin Durant transfer news.

Reactions from the NBA world span the full spectrum of emotions but I figured we could take a look at some Brooklyn Nets fans who are celebrating Kevin Durant leaving. I was personally having a conversation on Tuesday with a friend who’s a diehard Nets fans. He was ready to find a new team because KD and Kyrie are so obnoxiously dramatic and I think that’s not exactly an uncommon sentiment amongst Nets fans…

Goodbye. Good riddance. You gave us nothing. https://t.co/zNomC3gV2D

I’m glad he’s leaving the nets but the shit they pull is just wack, fits in perfect with this generation tho

Lol won’t miss a bit 😂 😂 Kyrie Opt in and KD wants out ahahaha what circus 🤡 https://t.co/fv0Y7VNnKC

This is how I feel. KD and Kyrie came here and the most they accomplished was getting a coach fired.

Good riddance, literally people ik are gonna be pissed but i think a reset is needed. Itll expose nash and marks and youll be able to do it the right way instead of the whole super team mentality plauging the league

Good riddance. After KD shit is pants versus Boston, it was clearly obvious that moving him was inevitable.

I’m sure there are many more Brooklyn Nets fans out there who are devastated Kevin Durant is leaving the team. Kevin Durant has already revealed his short list of teams he’d like to be traded to and SHOCKER, they’re contenders who are already stacked so he could show up and do the bare minimum…