Brooks Koepka Says He Won’t Be Paired With Bryson DeChambeau At Ryder Cup, Addresses Being Teammates 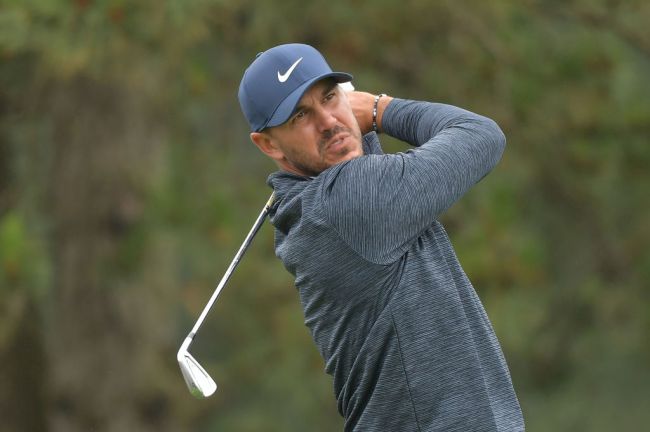 Brooks Koepka and Bryson DeChambeau have not been paired together since the drama between them hit an entirely new level at the PGA Championship when the video of Koepka rolling his eyes at DeChambeau went mega-viral.

It’s a pretty safe bet that the two haven’t said a single word to each other – at least not in person – since the video and the many other layers their rivalry has taken on over the last couple of months.

Brooks and Bryson are not friends, that much we’re certain of. They don’t have to be buddies by any means, but they’re both going to have to put on a friendly face around one another in September at the Ryder Cup.

DeChambeau and Koepka both find themselves well inside the Top Six qualifying spots for the team, so they’re going to have to spend some time around each other shortly.

Koepka was asked about having to be around DeChambeau and representing Team USA during a press conference ahead of this week’s Open at Royal St. George’s.

The four-time major winner made it clear that he can put all differences aside for the week, but also made a point to say that the two won’t be paired together.

“It’s only a week,” the World No. 8 said. “I mean, look, I can put it aside for business. If we’re going to be on the same team, I can deal with anybody in the world for a week.
“I’m not playing with him,” Koepka added, according to Golf Digest. “I’m pretty sure we’re not going to be paired together, put it that way. I think it’s kind of obvious. It doesn’t matter. I don’t think they’re—we’re not going to be high-fiving and having late-night conversations. I do my thing, he does his thing.

Yeah, we’re on the same team, but it’s not an issue at all. I don’t view it as an issue. I don’t think he does. Like I said, I can put anything aside for a team, business, whatever, just to get the job done. No problem with that.”

Koepka and DeChambeau were members of the 2018 Ryder Cup team when the U.S. got obliterated by Europe 17.5-10.5 in France.

The focus for both golfers at this year’s Ryder Cup will simply be to play better golf. Koepka went 1-2-1 during the 2018 Ryder Cup while DeChambeau lost all three of his matches.