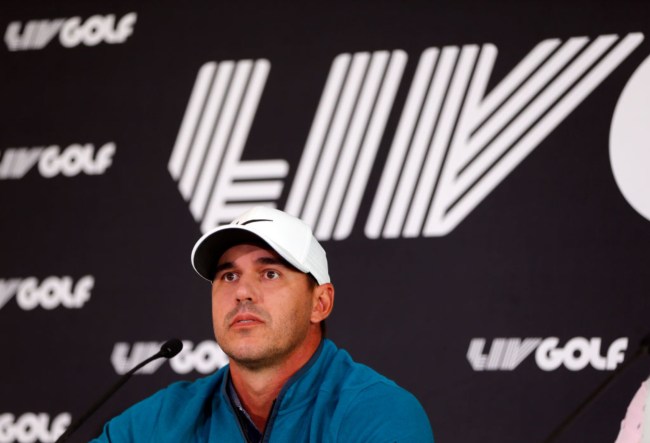 Brooks Koepka went from being annoyed talking about LIV Golf to joining the Saudi-backed league over the course of just a few days. At least, that’s the story he’s sticking to.

During his pre-tournament press conference at the U.S. Open, Koepka got frustrated that the media was asking him about LIV Golf.

“I haven’t given it that much thought, I’m trying to focus on the U.S. Open, man, I legitimately don’t get it,” Koepka said back on June 14.

“I’m tired of the conversation, I’m tired of all this stuff. Y’all are throwing a black cloud on the U.S. Open, and I think that sucks. “I actually do feel bad for them (USGA) because it’s a shi–y situation.”

You could take his comments one of two ways: either Koepka was actually tired of talking about LIV Golf because he wanted nothing to do with it, or maybe he didn’t want to talk about it because he knew in the back of his mind he may take the leap in the coming days.

It turns out the latter interpretation was the true one as Koepka has joined LIV Golf and will make his debut this week in the first States-side LIV event in Portland, Oregon.

On Tuesday, Koepka briefly explained how things came to be with him and LIV Golf, and according to him, things moved rather quickly, and not until after the U.S. Open.

“You guys will never believe me, but we didn’t have the conversation [with LIV Golf] until everything was done at the U.S. Open and figured it out and just said I was going to go one way or another. Here I am,” Koepka said.

While it’s reasonable to be skeptical about Koepka’s claim, you have to take him at his word.

Perhaps the Saudis finally offered him the sign-on fee he wanted after the U.S. Open and he decided to make the jump.