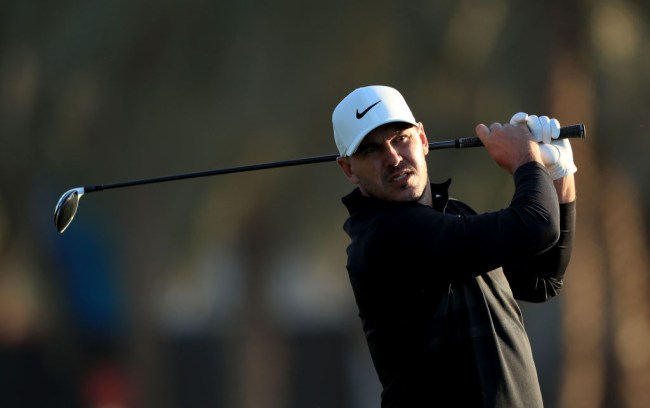 Brooks Koepka, like millions of others around the world, was a big fan of Kobe Bryant, specifically his Mamba mentality.

The world’s No. 1 golfer has battled a few injuries over the past few seasons, most recently an ‘excruciating’ left-knee injury, but he also suffered a wrist injury back in 2018. The wrist injury actually kept him out of the Masters that year and required surgery and an extensive rehab process.

During the rehab process, Koepka turned to the famous message that Bryant sent to Gordan Hayward following his gruesome injury during his Celtics debut back in 2017. It wasn’t just a quick glance at the message for Koepka, either, he told For The Win that he actually kept that message as his phone background for six months and explained that “every time I’m injured, I just go back and read it.”

Be sad. Be mad. Be frustrated. Scream. Cry. Sulk. When you wake up you will think it was just a nightmare only to realize it’s all too real. You will be angry and wish for the day back, the game back THAT play back. But reality gives nothing back and nor should you. Time to move on and focus on doing everything in your power to prepare for surgery, ask all the questions to be sure you understand fully the procedure so that you may visualize it in your subconscious while being operated on and better the chance of it’s success.”

Koepka wrote about just how much Kobe meant to him, how he was his childhood hero and how big of an inspiration he was to him in a heartfelt Instagram post following the news of his death.

There’s no denying that Koepka draws comparisons to Kobe when it comes to his demeanor and mental side of things. He’s one of the more serious golfers in the game and goes about his business with that badass, Mamba mentality. It’s gotten him to the top of the mountain in golf just like it got Kobe to the top of the NBA.