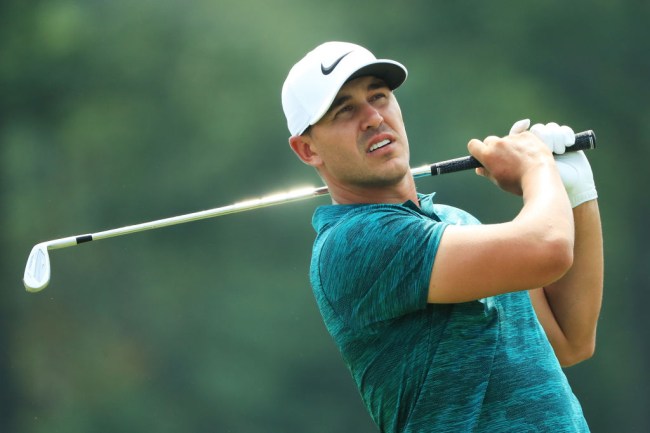 With the exception of the 16th hole at the Waste Management Open, you’d be hard-pressed to find the kind of electricity that radiated throughout the golf course whenever Happy Gilmore took part in a tournament and I’m still waiting for the day when a caddy walks 18 holes while sipping from a beer helmet.

In fairness, golf has gotten increasingly less stuffy over the years but it’s still a sport that prides itself on etiquette and decorum with a code of conduct that both fans and players are expected to abide by.

Unlike, say, guys in the NBA who are forced to figure out a way to deal with the pressure of an arena full of spectators screaming their lungs out while trying to hit a free throw with the game on the line, golfers are granted the luxury of having total silence when they take a shot, so you’d think they wouldn’t be too bothered by the PGA’s plan to resume its season without anyone in the gallery.

However, it appears not everyone is thrilled with what was really the only solution when it came to getting things back up and running, as Brooks Koepka shared his feelings on this altered environment on an episode of Pardon My Take last week.

Koepka admitted not having people to root him on is going to take some getting used to, saying:

“The energy that the fans bring, that’s what we all live for, we all strive for; it’s going to be so weird.

You want to play coming down the stretch and have everyone cheering for you. Imagine this: you sink the putt on the last hole and no one’s clapping. You’re just there by yourself, and you’re like ‘Yes!’ Just you, your caddie and just silence.”

In addition to having an impact on the mental aspect of the game, Koepka also implied a lack of spectators could have a more tangible effect on the outcome of tournaments and possibly lead to some higher scores because players won’t have a horde of people that can help them look for their ball if it makes its way to an area of the course they wish it hadn’t:

““Every once in a while, we just hit some foul balls and the fans kind of help you find. I mean, guys are going to lose balls because of that.”

You have to think the rough will live up to its name more than usual without thousands of people trampling on the tall grass and I can only imagine Koepka is a bit nervous about what he’ll do without people to help move a boulder out of the way if he gets stuck behind a rock again.

We’ve seen this movie before.

Nearly 20 years to the day where fans helped @TigerWoods move a boulder in Phoenix, @BKoepka gets the same treatment at the #SaudiIntlGolf 💪🏼 pic.twitter.com/gFLLIGYXJK

My biggest question, however, is how things are going to be affected now that there’s no one who will be able to give drives more distance by screaming “Mashed potatoes!” or willing a ball to go to its home by yelling “Get in the hole!”

Everyone knows both of those things have a major impact but I guess only time will tell how much they’ll be missed.