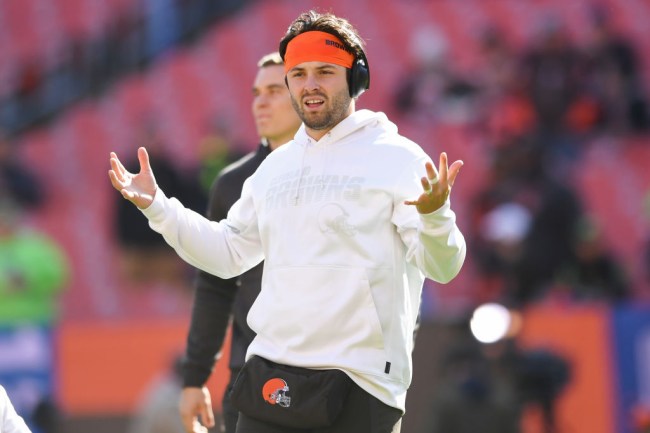 Baker Mayfield is coming off of a disappointing second season in the NFL. The former No. 1 overall pick threw 21 interceptions last season leading the Browns to a disappointing 6-10 record.

Cleveland, both from a franchise and fan perspective, seems to be getting restless and fed up with the fact that the Browns haven’t played in a playoff game since 2002. If Mayfield has another poor season in terms of taking care of the football then the Browns are going to extend that playoff drought record.

The Browns have turned yet another new leaf, or so they hope, by hiring Kevin Stefanski as their new head coach and according to ESPN analyst Mike Tannenbaum, Stefanski is a no BS type of guy.

Tannenbaum made an appearance on ESPN’s Get Up on Friday and reiterated that Mayfield has a problem taking care of the football and said that Stefanski is the type of coach that won’t shy away from benching the quarterback if things start going in the wrong direction.

“I know Kevin Stefanski very well. He’s smart, deliberate and disciplined,” Tannenbaum said. “He will have zero compunction to bench Baker Mayfield. Baker won’t throw 21 interceptions because when he’s on track to do that he’ll be standing next to Kevin on the sidelines.”

“As soon as those picks start he will be on the sidelines.”

.@RealTannenbaum says that Baker Mayfield will be on a "very short leash" this season.

"As soon as those picks start, he will be on the sidelines." pic.twitter.com/6XIPHczsoC

It’s time for Mayfield to take a step forward in season No. 3. If he puts together a 27 TD, 14 INT season like he did his rookie season then many would consider that a step forward, but the turnover numbers have to drop if he wants to lead Cleveland to a winning season, something the Browns haven’t experienced since 2007.