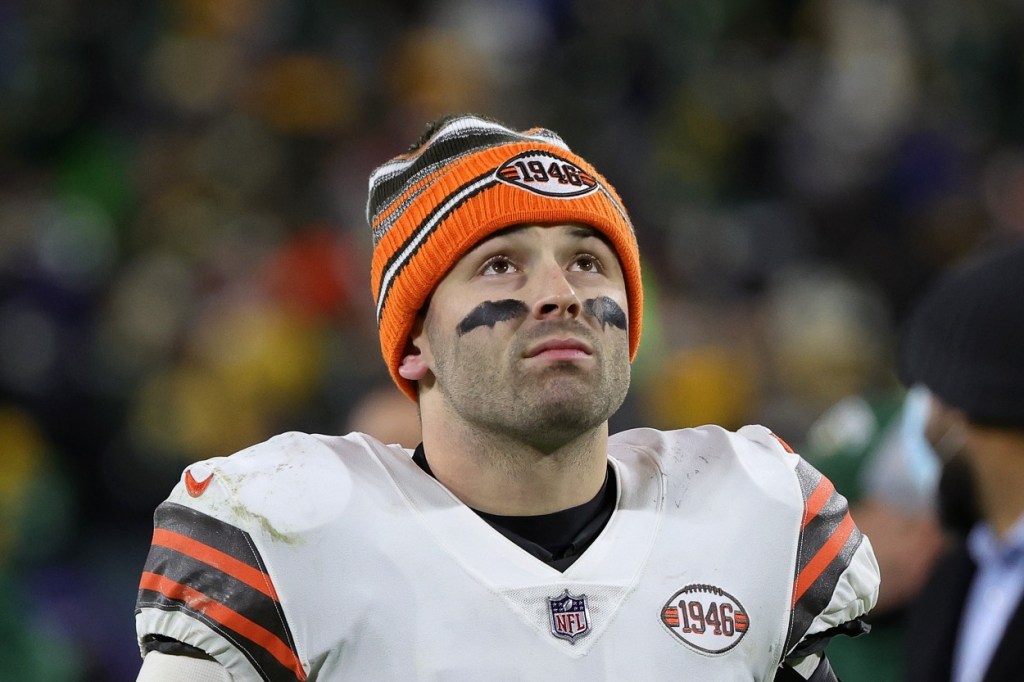 Baker Mayfield and the Cleveland Browns began the season with high hopes but they enter the final Sunday of the regular season in last place in the AFC North and eliminated from the NFL Playoffs. The Bakeshow got off to an encouraging start with a 3-1 start to the season but finished week 17 with an unremarkable 17 TD-13 INT stat line.

THere’s increasing chatter that the Cleveland Browns and Baker Mayfield will part ways before next season There were rumors that Baker might request a trade out of the Browns and then Mayfield hopped online to viciously shut down rumors of tension with Kevin Stefanski.

On Friday, Paul Finebaum savagely laid into Baker Mayfield on ESPN Cleveland. Finebaum called Baker a ‘punk’ and brought up old beef between the two men. Paul also referred to Baker as a ‘poor man’s Johnny Manziel’ which is just a wild thing for anyone to claim.

“I got into it with him in college. He came after me on Twitter. And I thought he was a punk then and nothing has changed. He is a poor man’s Johnny Manziel. I think Cleveland ought to get rid of him. I don’t know if it’s possible, but I think the Browns are wasting their time with this guy.”

As heard this morning on The Really Big Show@finebaum on Baker https://t.co/iiqV9jsnxD

Is Johnny in the NFL? No? Is Baker? Yes? Then it seems safe to say that the current state of Johnny Manziel is poor man’s Johnny Manziel, not Maker Mayfield.

Pretty lazy comparison, Baker actually took a team to the playoffs, Manziel's career was over after 14 games.

I don't think Paul Finebaum knows what any of those words mean.

while I'm certainly no fan of Baker, he's definitely accomplished far more than Manziel ever did, and he's ever-so-slightly less obnoxious. https://t.co/K9JAm9Ycyo

I disagree too for sure but I don’t think Bakers an All-Pro.. Avg QB right now & if he stays with Browns I hope he excels more next year

I liked Mayfield a lot when he was drafted but his weaknesses have been magnified in the pros. However, I can't go so far as to say he's a poor man's Manziel. At least Mayfield has had SOME measure of success whereas Manziel never became anything.

I woulda said a sober man Johnny Manziel but ok

Finebaum is still mad at the flag thing I’m sure…

That last tweet really says it all. Baker Mayfield is in the NFL. He’s brought a team to the NFL Playoffs. Johnny Manziel never even completed a full season in the NFL. The comparison is completely asinine.