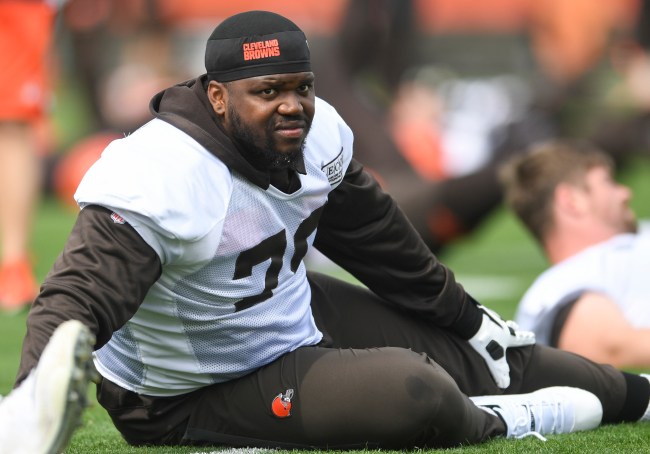 On Wednesday afternoon we learned about the remarkable story of Cleveland Browns offensive tackle Greg Robinson and former NFL wide receiver Quan Bray getting busted for transporing 157 pounds of weed from LA to Louisiana.

TMZ Sports has learned that Greg Robinson was busted with 156.9 pounds of marijuana, according to law enforcement docs.
Robinson — who was also with 26-year-old ex-NFL player Quan Bray — was stopped around 7:15 PM on Monday evening after a Border Patrol drug-sniffing dog alerted to the rear cargo door of their 2020 Chevy Tahoe.

According to the docs, Robinson and Bray were NOT reentering the country from Mexico — rather they were trying to get from Los Angeles to Louisiana and hit the checkpoint on the way.

The agents performed a follow-up search and located several vacuum-sealed black bags full of a green leafy substance.
Border Patrol tested the substance and it came back positive for marijuana.

Some more details have emerged from the arrest and apparently, there was a third passenger in the car who was asked to take the blame for the weed in the car but instead ended up snitching on both Robinson and Bray.

More via affidavit complaint:
Greg Robinson to Passenger 2 (not facing charges): “Will you take it? I will pay you”
P2: “What do you mean?”
Robinson: “There’s a lot of marijuana, can you take it?”
P2, to his/her dismay, learns there's 157 pounds of weed in back of rented Tahoe pic.twitter.com/EsCdkCtIpe 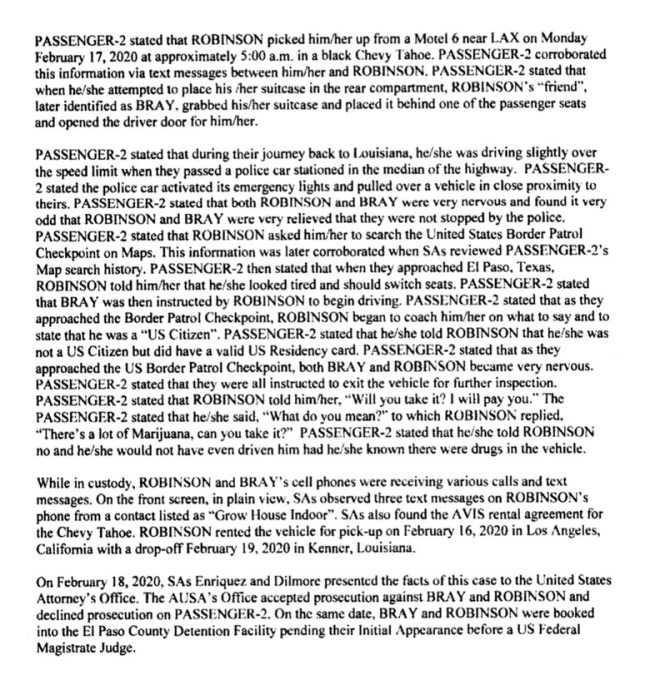 Both Bray and Robinson are facing up to 20 years in prison if convicted according to authorities.

#BREAKING NFL lineman Greg Robinson was busted w/ 156.9 pounds of weed at a border patrol checkpoint, according to law enforcement. He faces up to 20 years in prison, if convicted. Robinson was w/ Auburn teammate Quan Bray, who was also arrested.