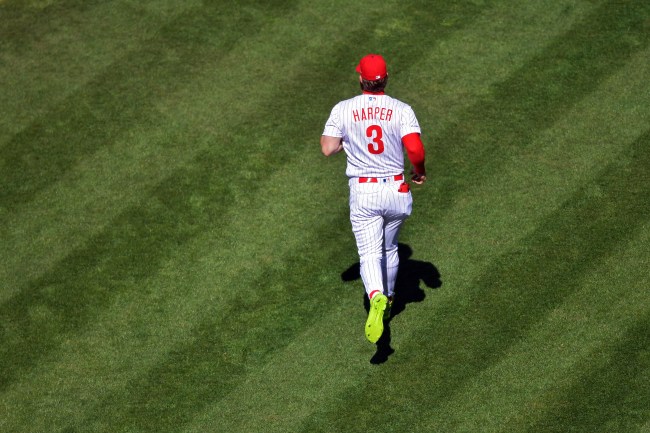 Bryce Harper’s posturing to the people of Philadelphia has reached eye-roll status. When Harper gave up his number 34 out of respect for Roy Halladay, it was a kind gesture. When he began using the Fresh Prince theme as his walk-up song, it was cute. When he showed up to the ballpark today wearing Phanatic and Gritty t-shirt, I guess I could begrudgingly fucks with it.

But when Harper opened the season Thursday afternoon against the Braves rocking bright neon green Philly Phanatic cleats, I can’t help but to draw the line. Dude’s been in Philly for a cup of coffee and suddenly he’s Rocky Marciano. I bet he hasn’t even been to Pat’s or Geno’s!! (cue the Philly residents angrily telling me that Tony Luke’s is the real cheesesteak).

Oh go pound sand, Patti! He would have moved to Sierra Leone if the price was right!

P.S. Those cleats are dope. It’s just been a long week.