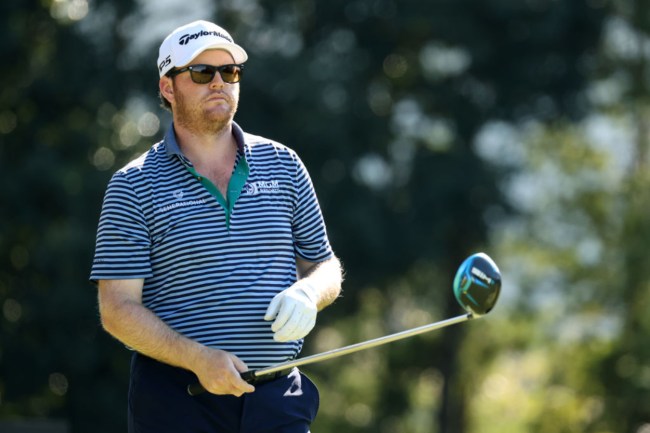 Harry Higgs and Bryson DeChambeau are two of the most opposite people not only on the PGA Tour but in life in general. Higgs is super laid back and looks to constantly be having fun out on the golf course. He ripped off his shirt at the WM Phoenix Open earlier this year, for crying out loud.

DeChambeau on the other hand is extremely calculated, throws around big words, and tries to play the game unlike anyone ever has before.

It’s not too far-fetched to say that the only two things Higgs and DeChambeau may have in common could actually be that they both play golf and they both played at SMU.

Higgs is a couple of years older than DeChambeau, but certainly remembers some aspects of their short-lived college days together.

Bryson DeChambeau’s Drink Of Choice At The Bar

Higgs recently joined ‘Off Course’ with Claude Harmon III and shared a story about a certain bar, and a certain drink, DeChambeau would drink when the golf team would visit their local watering hole.

“I don’t think Bryson had a sip of alcohol until he turned 21, so obviously he and I would differ a lot,” Higgs joked.

“Our spot down in Dallas, right across the street from campus, was Banditos. Not to throw them under the bus, but it was a place that maybe if you weren’t 21, you know, you could have a couple of beers.”

Big Rig Higgs is on the pod and it’s as good as you can imagine. Never change @harryhiggs1991 never change. ✅ out the full interview https://t.co/NiieGWkwrA @GOLF_com pic.twitter.com/MttXGdsIvn

While Higgs’ story could come across as him making fun of DeChambeau, he made it clear that he loves Bryson because Bryson is, well, Bryson. DeChambeau is different, and doesn’t care about what others think, and that’s why Higgs appreciates him.

Having said that, ordering chocolate milk at a bar or restaurant when you’re over the age of six is a bold play. Not wanting to drink is one thing, and totally fine, but maybe just get water.