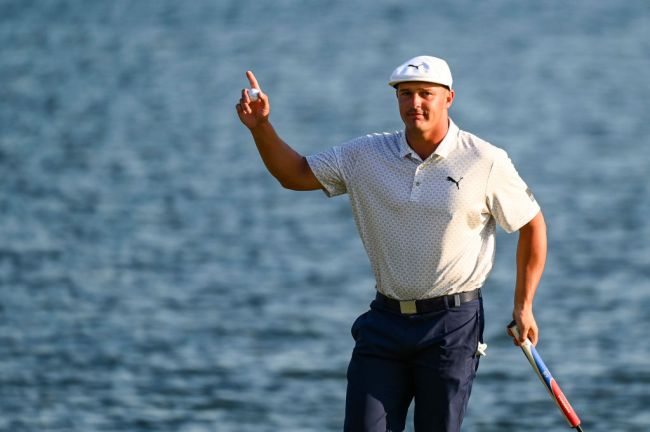 If any golfer was going to dip their toe into the NFT (non-fungible token) world, the betting favorite had to have been Bryson DeChambeau. He teased on Monday morning that he had a big announcement to make in the afternoon, which he later announced the release of five limited edition NFT cards.

DeChambeau’s NFT will offer five different versions of digital trading cards, which are created through Blockchain, the same tech behind Bitcoin and other cryptocurrencies. ‘The Distance’ card is a 1 of 1 and will hold the highest value. The winning bidder of ‘The Distance’ card will receive a meet-and-greet with DeChambeau at a U.S. golf event, an autographed U.S. Open flag, a custom set of Cobra golf clubs, a $1,000 Bose gift card and six dozen Bridgestone golf balls. The other four cards are named ‘American Champion,’ ‘Swing,’ ‘Red’ and ‘White’ and each of those has 18 editions that will be auctioned individually.

🔥JUST LAUNCHED🔥 An all new NFT series to be able to share my favorite moments on the course with my fans. It’s an all new digital format for trading cards, with five unique designs, including a 1/1 card, all digitally signed by me.
Auction ends March 23! https://t.co/DTxhxBlMWk pic.twitter.com/NGi1Cd60tW

You’re not alone if you’re wondering who the hell would spend money on a digital trading card, not just of DeChambeau, but of any athlete at all. The NFT trading card world has exploded recently with NBA Top Shot being the most popular. Any given day that NBA Top Shot announces new packs are going to soon become available to purchase, tens of thousands of people digitally line up to try and get their (virtual) hands on packs which they then open, receive cards, and either hold onto them or sell them for real money.

The digital card world is a confusing one, and one that could go bust before I even hit publish on this story, but that’s part of the appeal, too.

While DeChambeau is the first professional golfer to offer up his own NFT’s, he likely won’t be the last if the market continues to thrive as it is right now.