Bryson DeChambeau Intrigued By ‘Interesting’ Super League, Says He Won’t Be The First To Sign Up 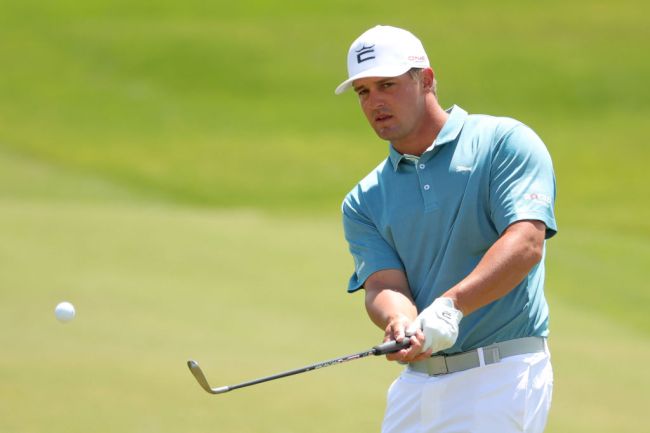 Super League Golf simply will not go away. In fact, the whispers about the proposed breakaway golf circuit have evolved into legitimate conversations as SLG officials are reportedly at Kiawah Island this week for the PGA Championship looking to talk with the top players in the game and their agents.

Bryson DeChambeau is obviously a name towards the top of SLG’s list of players they’d like to poach away from the PGA Tour and DeChambeau seems to be listening, but from a distance.

Like any other PGA Tour member keeping their ears open to the Super League, DeChambeau is walking a bit of a tight rope. PGA Tour commissioner Jay Monahan has reportedly told players that if they do join the Super League or Premier Golf League then they would lose their Tour membership.

“My agent has been telling me about it, but we don’t want to ruffle any feathers,” he continued. “We just want to go play golf and I would say give the fans the best experience they could possibly have.”

Putting the focus on entertaining the fans is not a bad tactic from DeChambeau. It’s better to say that it’s about the fans and not about the astronomical payday he’d receive if he joined the SGL, even though the money is the driving factor here. Dustin Johnson has reportedly been offered $30 million to join the proposed league and DeChambeau would likely receive a similar figure.

The toughest goal the SGL has to accomplish is to actually get one of the top players in the game to commit. If DeChambeau were the first, other players would likely join, but he explained that he’ll never be the first to break away.

DeChambeau also admitted that all the talk about the SGL was a “complete distraction” this week at the PGA Championship which again shows that he and his team are at the very least listening to the noise.