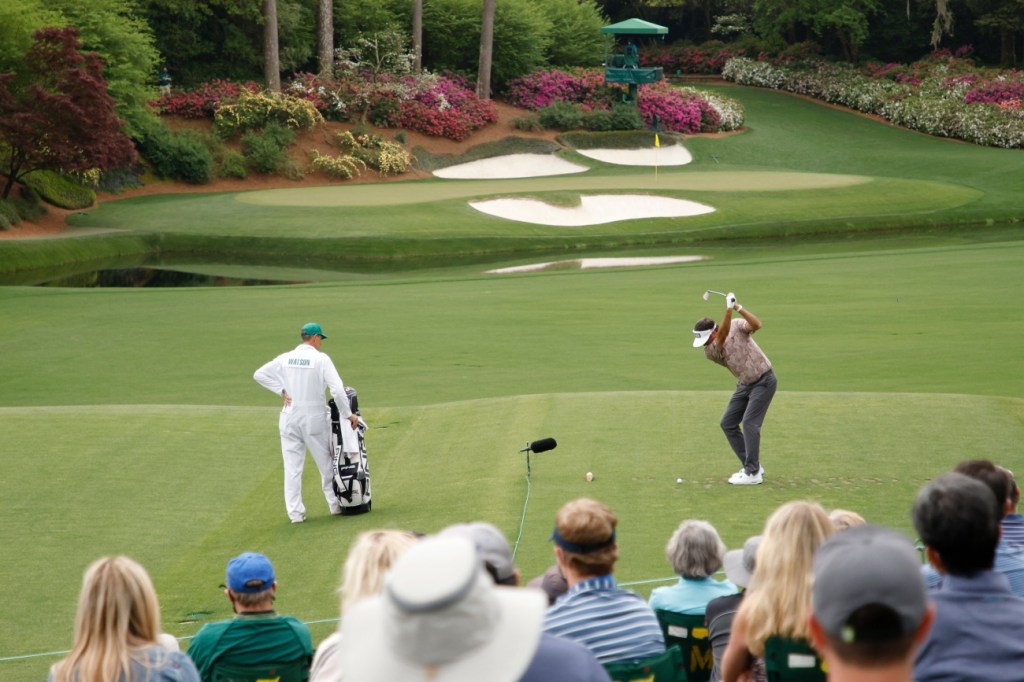 Sometimes I come across stories where I just have to sit back and laugh at the phrase “celebrities, they’re just like us.” When I hear stories like the one from Bubba Watson in his interview below it’s such a glaring reminder that we live in completely different worlds.

Sure, our worlds might intersect at points in history. Bubba Watson was a guest on one of our BroBible podcasts about this time last year but we live in completely different worlds.

Case in point, as a guest on the Dan Patrick Show right before he left home for Augusta National, Bubba Watson talked about how he’s preparing for The Masters this year. Hitting the range for 18 hours a day? Nah. He’s got a literal “grudge match” on the course against our nation’s 66th Secretary of State. Here’s his story…

Bubba Watson Shares How He’s Prepping For The Masters

Dan Patrick: Do you have your routine to prepare for the First Round of The Masters? Does that start later today (4/1/22), the normal progression that you’re going to have to get ready for Round 1?

Bubba Watson: Yes, for sure. I show up. I get to Augusta early. And now with the Women’s Amateur and the Drive, Chip, and Putt.

Then me and my wife play. We have a grudge match against Condoleezza Rice and Lee Styslinger III
(CEO of Altec, Inc). (They are) two members of Augusta. It’s Boys against Girls. And so we have a grudge match on Sunday afternoon. After the Drive, Chip, and Putt we got out and play. Past champions can bring a guest and my wife is obviously my guest.

Any intel on Tiger Woods playing this year???

Dan Patrick: When did you find out the possibility that Tiger might be playing?

Bubba Watson: Gosh, I saw social media started talking about Tiger being at Augusta. I guess a week ago, somebody announced that his name was in the field. I figured he would be at Augusta for the Champion’s Dinner no matter what. But obviously for the game of golf, how exciting.

The buzz around The Masters is already high but now having Tiger’s name on the field list it’s even higher.

Dan Patrick: It’s crazy that he could even be playing in this, Bubba. As I’ve said to my audience many times, just walking that course it’s a whole lot hillier than people think.

Bubba Watson: Oh 100%. My dad went for his one and only time was in 2008 and he couldn’t walk the course. He had rheumatoid arthritis and he didn’t know how hilly it was because on TV you can’t really see it. So he sat on (hole) One and watched the #1 tee shot, #9, #10 tee shot, and 18 because they’re all right there so that’s what he did. He waited for me for five hours for me to hit all of those spots.

I just published another article from Bubba’s interview on the Dan Patrick Show and you can find that right here. Bubba tells the story of meeting Tiger Woods for the first time back in 2007, a year after he surprised Tiger with the funniest Christmas present in history.

Side note, re: Condoleezza. I’m jealous that Bubba Watson can get his wife to play golf with him. And I’m significantly more jealous they can play against each other at Augusta. I can’t even get my wife to hit the range with me.