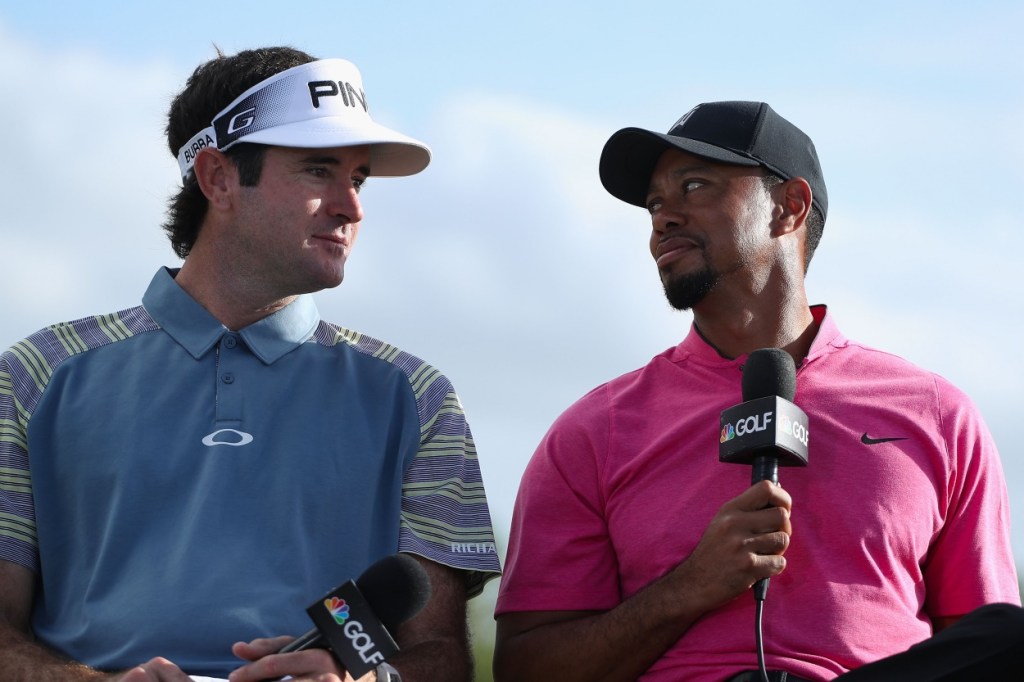 Bubba Watson turned professional in 2002 when he joined the Nationwide Tour. He then made the jump to the PGA Tour as a rookie in 2006. By the time Bubba took his first swing on the PGA Tour, Tiger Woods had already won TEN Majors and Tiger would win two more in Bubba’s rookie season.

At that point in time and still today, Tiger Woods is the biggest name in the sport. He’s arguably A LOT bigger than the sport of golf. And Bubba Watson was eager to meet his idol after making the PGA Tour in 2006 but he wouldn’t have a chance to actually play with Tiger until a practice round in 2007.

Long before Bubba ever met Tiger in person, he introduced himself by mail. As a guest on the Dan Patrick Show, Bubba Watson shared a story of how in 2006 he sent Tiger Woods the funniest Christmas present Tiger has ever received. Then when they had the chance to meet at Torrey Pines in 2007 the two already had something to talk about. Here’s the video (below) along with Bubba’s quotes if you’d rather read than watch a video.

Dan Patrick: “Do you remember the first time you played with Tiger?”

Bubba Watson: “The first time I played with Tiger? Yes, if I remember correctly it was a practice round in ’07. We were in San Diego. And I knew the only chance I could play with him was (to) wake up real early and show up and hopefully he shows up at the same time.”

“I actually got out (on the course) in front of him and he came over to the North Course in San Diego at Torrey Pines. He came over, he was on #9 and I was on #10 and he came over and said ‘can I join you?’ And the reason why he said that is because I sent him a Christmas present in 2006.”

“Dave Chappelle made a skit where they made fun of Tiger where he says ‘for shizzle, I’ve always wanted to say that’. So I sent Tiger a shirt, not knowing him. I sent him a shirt that said ‘for shizzle’ for Christmas and that’s why when he saw me he went over there and we became friends. He’s loved me ever since.”

For anyone out there who has never seen the ‘Racial Draft’ from Chappelle’s Show you’re in for a real treat today. It really was one of the funniest sketches to ever hit TV:

What a move by Bubba Watson to surprise Tiger Woods with a ‘Racial Draft’ t-shirt despite having never met him in person or even knowing for sure that Tiger had a sense of humor (he does). But the gamble played off and they’ve been friends ever since.