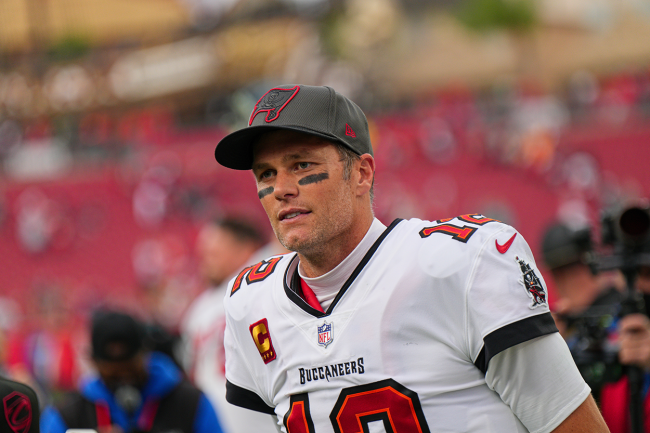 When Tom Brady decided to un-retire, it re-established his position as the oldest active player in the NFL. At 44 years old, the greatest quarterback of all-time is entering his 23rd year in the league and does not show any signs of slowing down on the field.

Somehow, at his age, Brady remains someone that lives in the nightmares of opposing defenses and makes whatever team he is playing for an instant Super Bowl contender. A large part of his ability to defy age likely stems from his strict diet. Another stems from his unwavering dedication to recovery, preparation and keeping his body in top physical shape.

Whatever the trick to Brady’s longevity may be, it’s working. By NFL standards, he is old.

In fact, Brady’s age is really put into perspective by the Buccaneers’ 2022 second round NFL Draft pick. With the 33rd overall pick, Tampa Bay’s first of the draft, the team selected Houston edge rusher Logan Hall.

With the No. 33 overall pick in the 2022 @NFLDraft, the @Buccaneers select Logan Hall!

Hall, ironically, grew up on Buccaneer Lane in Texas, so it was definitely meant to be.

Meant to be: New Bucs defensive lineman Logan Hall, picked by Tampa Bay in second round, grew up on Buccaneer Lane. pic.twitter.com/wt3GwUhnfI

While his age does not necessarily stand out, his date of birth does when put in perspective next to Brady. Hall was born six days after Brady was drafted by the Patriots in the sixth round of the 2000 NFL Draft.

Brady was drafted on April 16, 2000. That means that he has been in the league longer than Hall has been alive. Crazy.