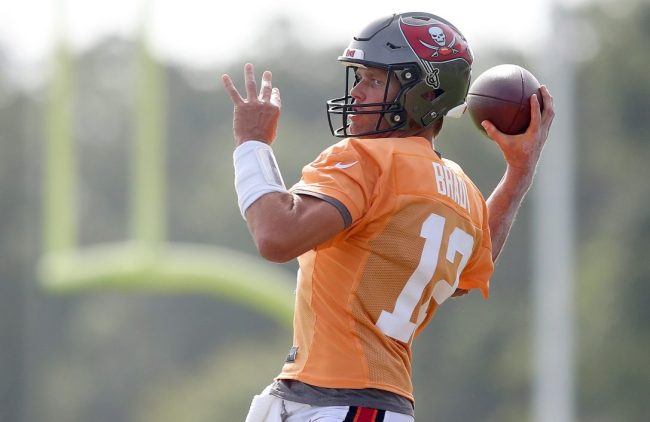 Tom Brady finally returns to the Tampa Bay Buccaneers after a 10-day break. Fans are absolutely ecstatic about his return, as the franchise hopes to win at least one more Super Bowl with the GOAT under center. However, on Monday, a Bucs insider spilled the beans about Brady’s personal leave and it’s creating even more questions.

During an appearance on the Dan Patrick Show, Buccaneers’ insider Rick Stroud shared some information about Tom Brady’s personal leave. The rumors of a family member being sick or injured turn out to be false. However, his absence did revolve around his family in general. Additionally, Tampa Bay was very aware that Brady would be absent the entire time. So luckily, it sounds like everyone was on the same page.

Dan Patrick also makes a fair point about Tom Brady’s absence, as there was no word of Brady’s whereabouts for the last week and a half. Stroud backs up that the future Hall of Famer was not seen in Tampa Bay at all. So it’s possible he went on a vacation with his family.

The absence might have been a blessing in disguise for the Buccaneers. It’s given Todd Bowles and the coaching staff to evaluate the other quarterbacks on the roster. Regardless, Tampa Bay is glad to have Tom Brady back under center. There is some concern with the offensive line due to the injuries. Even so, Brady is the best quarterback of all time and we’re sure he can figure it out.