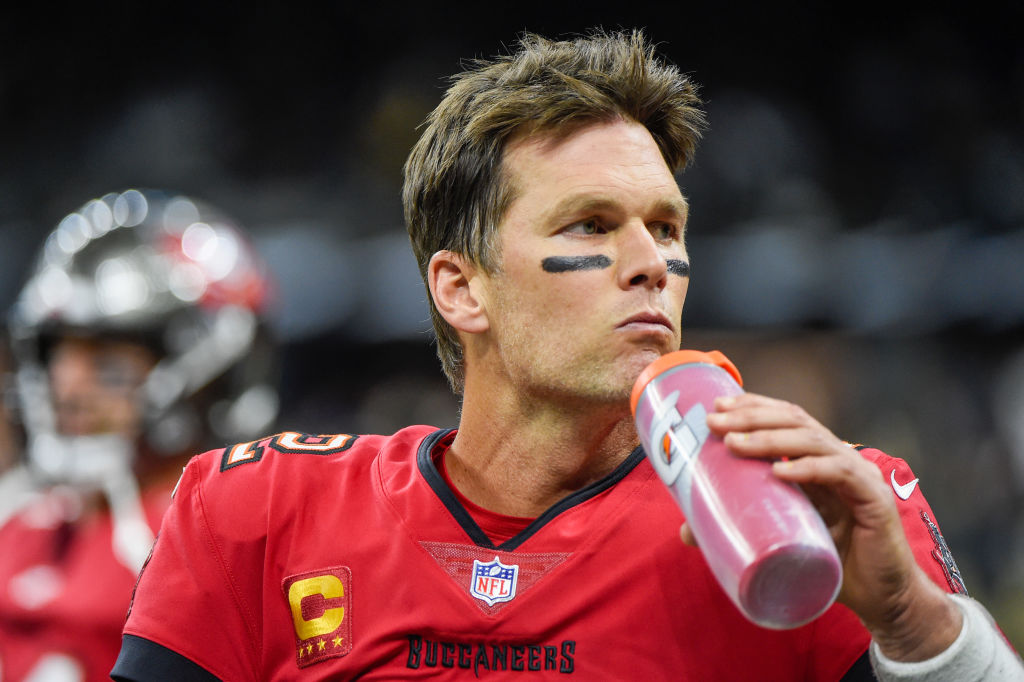 The final chapter of the ‘Tom Brady’s 600th TD ball’ saga has finally been written. This all began back on October 24th when a fan in the stands was elated as Tampa Bay Buccaneers WR Mike Evans walked over and handed him the touchdown ball. Evans had no idea the significance of that ball.

It was the 600th career touchdown of Tom Brady‘s career. And a representative from the team came over and negotiated it back from the fan in exchange for a $1,000 gift card to the team store and 2 tickets to every game this season and next. But then the media storm started brewing. Here’s that first moment:

The Bucs had to negotiate to get Brady’s 600th TD ball back from a fan 😂 pic.twitter.com/31WAjBJVfU

Sports memorabilia experts said the ball would easily be worth $500K at auction and realistically it would sell for $750K if not more. So the Bucs and Tom Brady upped the ante. They offered him some autographed jerseys from Tomo Brady and Mike Evans, a helmet, cleats, a $1K gift card, and tickets to games. Tom Brady then stepped in and gave the fan a bitcoin worth $63,000 AND THEN Gronk stepped in and gave the fan more crypto.

The haul definitely came short of the estimated $750K the ball would be worth at auction. And the fan didn’t get to play golf with Tom Brady (his request), but he did finally receive his incredible gift package from the Bucs and Tom Brady as well as a surprise from the city of Tampa: the Keys to the city.

Thanks for the badass gear to decorate my house with @TomBrady @MikeEvans13_ @Buccaneers pic.twitter.com/CbaSaxBa2m

Most fans support his decision to give the ball back in lieu of trying to sell it. I’m pretty confident I would’ve done the same as him if I was in his shoes.

Giving back the ball was the right thing to do!

You did the right thing Man and what a moment to be in!!! Enjoy-DEFinitely envious 😲 #GoBucs

Man this is AWESOME!! Well deserved! I say this because you did the right thing and got rewarded very well for doing so!! #gobucs

He did walk away with an incredible haul of gifts and crypto. Can’t blame him for being a good fan and still walking away with tens of thousands.