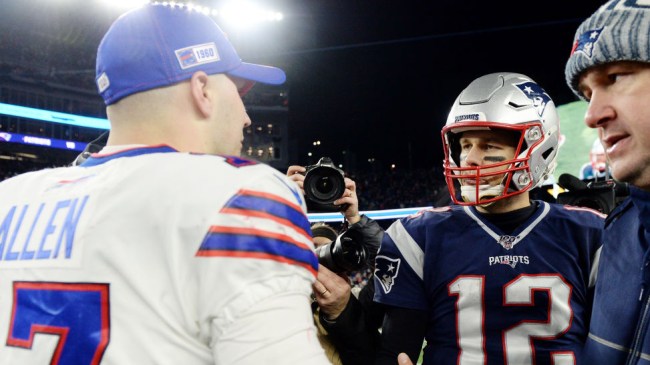 The New England Patriots selected quarterback Tom Brady with the 199th overall pick back in 2000, a move that forever changed the power structure in the NFL. In the AFC East alone, a shuffling of the standings took place immediately with a big shift at the top of the division.

Throughout the 1970s, 1980s, and 1990s, it was Miami and Buffalo that owned the division. Those two combined to win 20 titles over those three decades. Another six were won by the Colts, who’ve since moved on to the AFC South. As for the Patriots, New England had won just five AFC East crowns since the conferences split in 1960.

After picking up Brady, the greatest quarterback in the history of the league, things changed.

The Michigan product played in Foxborough for 20 seasons between 2000 and 2019. He took over as the starter under center in his second year and the Patriots reeled off a run of 17 division championships. That includes an impressive 11-season streak where they topped the AFC East from 2009 to 2019.

New England became a dynasty and Brady was the face of the franchise.

But following that 2019 season, Brady left the northeast to head for the warm weather in Tampa Bay. Since then, we’ve seen just how important the passer was to the success of the organization.

His new team, the Bucs, won the Super Bowl last year and is in contention again in 2021. New England, on the other hand, has not only failed to win a division crown since his departure, but they also haven’t won a playoff game. Another AFC East rival has taken full advantage of Brady’s absence.

The Bills have taken advantage of the post-Tom Brady era in New England.

Buffalo now has three playoff wins since 2019. The rest of the AFC East has none. pic.twitter.com/Hzg2KZXhmp

Now, it’s the Bills that own the division, winning each of the last two regular season crowns. They’re primed to make a Super Bowl run this year after knocking off New England in the Wildcard round, 47-17.

Before these consecutive titles, Buffalo hadn’t been AFC East champs since 1995. The Bills will happily avoid lining up against their former arch nemesis, as Brady owns a 33-3 career record against Buffalo. That is, of course, unless it means facing the Bucs in the Super Bowl this February.

Having Tom Brady under center in New England significantly changed the direction of their organization. Losing him may have the same effect.