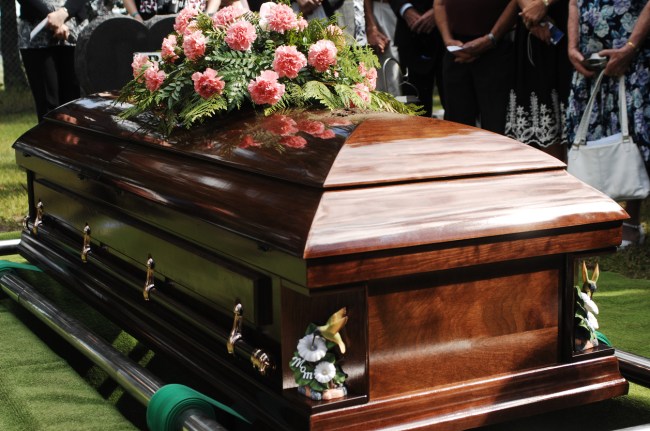 Sometimes I forget that the Buffalo Bills went to four straight Super Bowls in the early 90s and lost every one of them. This was during a time when the emphasis on mental health for men was “wipe some dirt on it or throw on a plastic smile and bottle your emotions until they slowly kill you.” I’m honestly amazed that the murder rate in Buffalo hasn’t spiked over the past three decades. Where do you unpack all that misery? The fine people of Buffalo don’t get enough credit for their restraint and resiliency.

That includes lifelong Buffalo Bills fan Lee Merkel, who recently passed away at the age of 83. According to WKBW, Mr. Merkel was a lifelong season ticket holder who used to commute from Utica to Bills home games and attended all four of the teams Super Bowl losses. Props to Mr. Merkel for that alone not sending him to an early grave.

Before his passing, the blue collar fan made sure that his loved ones insert one key line in his obituary:

“Lee has requested six Buffalo Bills players as pall bearers so they can let him down one last time.”

[His son] Mark says his dad got the idea from a Cleveland Browns fan who added the line to their obituary years ago.

Lee was blessed with seven grandchildren and many nieces and nephews, so the hope that someone in the Merkel lineage will witness a Bills Super Bowl is still alive and well.

“A Super Bowl win never happened in his lifetime but my dad has several grandkids so he never lost hope that they will see the Bills win the big one,” Mark Merkel said.

Merkel will be buried in Bills t-shirt that reads “Just One Before I Die.”