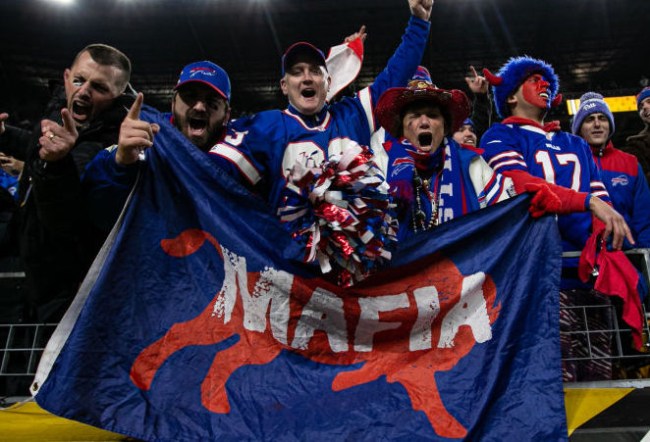 The Buffalo Bills haven’t appeared in the Super Bowl since they somehow managed to lose four Big Games in a row at the start of the 1990s and ensured any fan who was alive to see them drop those games will be triggered by the words “wide right” for the rest of their lives.

The team managed to make the playoffs a few times before the end of the decade came to a close but its supporters were then forced to endure over 15 years of mediocrity once the new millennium rolled around thanks in no small part to some guy named Tom Brady.

Ever since the legendary quarterback joined the Patriots, virtually every team in the AFC East has gone into the year knowing their only real shot at making the postseason is securing a wild card spot, as the only time New England hasn’t finished at the top of the division since 2002 is when Brady was replaced by Matt Cassel following an injury (and New England still almost managed to persevere).

As a result, fans of the Bills, Dolphins, and Jets have been anxiously waiting to see what Brady’s next move was after he announced he was going to give free agency a whirl for the first time in his career and supporters of all of those teams got the first real glimmer of hope they’ve had in ages on Tuesday when TB12 announced he was taking his talents elsewhere.

If this had been any other year, members of Bills Mafia would have swarmed to The Pink last night to crush some Labatt Blues and chow down on some steak sandwiches in celebration.

Sadly, they were unable to do so, as the city of Buffalo—like countless others around the globe—has ordered bars to close down in the interest of public health.

On Tuesday, mayor Byron Brown held a press conference to update people on the measures his administration is putting into place and took a moment to acknowledge the Brady news while reminding Bills fans any parties being held to celebrate his departure need to be capped at 10 people.

My heart goes out to everyone in Buffalo who neglected to put a folding table on their shopping list while they were preparing to hunker down.