Cam Newton Ranks Himself Among NFL Quarterbacks, Is Clearly Living In The Past 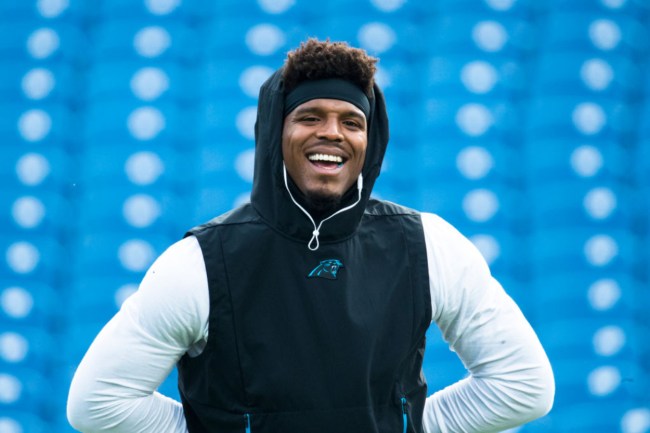 Cam Newton was one of the greatest college football players, not just quarterbacks, of all time. The Auburn product was also one of the top quarterbacks in the NFL during his prime.

The keyword in both of those previous sentences is ‘was,’ as in past tense.

Newton appears to still be living in the past, too.

The current free-agent quarterback recently made an appearance on ‘The Pivot Podcast‘ and made quite the revelation in regards to where he sees himself among other NFL quarterbacks.

Newton doesn’t think that there are 32 QBs in the NFL today that are better than him.

I guess you, me, and every general manager in the NFL is a damn fool.

Then gets a lot of push back on @thepivot pic.twitter.com/zoMihgf0qh

Newton’s overflowing confidence and just overall swagger has helped make him one of the most likable, and marketable, athletes of his generation. While you can’t knock him for believing in himself, the line has to be drawn somewhere.

You could very well make the argument that Newton still has enough in the tank to be a No. 2 QB on an NFL roster today, but him saying he’s still got the skillset to be a starter in the league is beyond ridiculous.

Related: Cam Newton Says He Was In A ‘F’d Up Situation’ With Carolina Panthers But Still Wants To Play In The NFL