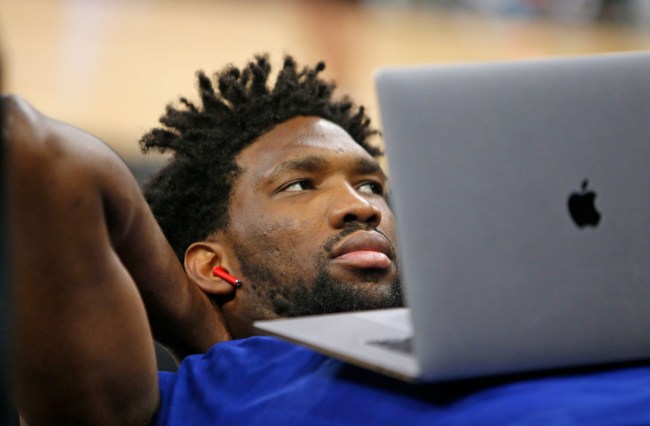 Starting next week, NBA players will begin to converge in Orlando to prepare to get back into action after Rudy Gobert served as the sports world’s equivalent of the bus in The Fugitive and caused everything to spectacularly derail back in March, and by doing so, they’ll come closer than most people ever will to experiencing what Pauly Shore and Stephen Baldwin had to endure when they found themselves confined to a bubble filled with a smorgasbord of fauna for a year.

The league has reportedly dropped $150 million in an attempt to salvage the season, and while top health officials have thrown their support behind the concept of a bubble, everyone who assembles at Walt Disney World Resorts is basically serving as a guinea pig in a largely unprecedented experiment that has just as good of a chance of revolutionizing how other leagues approach the current situation as it does ending in a way that leaves people asking, “Who the fuck thought that was a good idea?”

I’m yet to meet anyone who says their life is better since pivoting to an existence that involves getting about as much outdoor time on a typical day as inmates at a maximum security prison. However, the NBA’s version of isolation seems like it’ll be a tad more enjoyable, as players will be able to hit the golf course, go on safari at Animal Kingdom, and play Madden 21 before anyone else.

There are obviously more than a few downsides and one of the hardest things to deal with might be the policy banning outside guests until the playoffs begin, which likely won’t be until the end of August. Earlier this week, Stephen A. Smith yelled his concerns about that particular aspect, suggesting it’s a virtual certainty that players will wander outside the bubble in search of “recreational activities.”

Sure, they’ll have early access to Black Widow but seeing Scarlett Johansson in a tight leather jumpsuit probably isn’t going to do much to scratch and itch that will that only increase with every day that passes, and yes, there are other videos that people traditionally turned to but they don’t come with the any human interaction.

Thankfully, a generous benefactor has come to the rescue in the form of the adult streaming site Cams.com, which issued a press release on Wednesday announcing they’ll be giving VIP memberships to any players and coaches who think their services could come in handy.