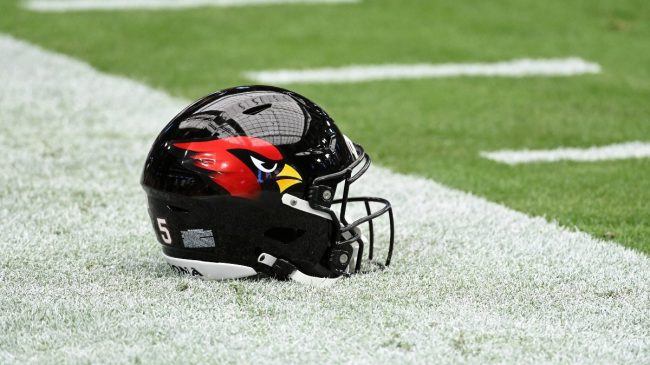 After having a total meltdown on the Carolina Panthers sideline, Robbie Anderson is officially traded to the Arizona Cardinals. He can be a true deep threat, especially with DeAndre Hopkins returning from suspension. However, Arizona, unfortunately, took a casualty, as the team fears they’ve lost Marquise Brown for the season.

The front office announced the trade via Twitter. It’s not surprising seeing Robbie Anderson on a new team already. Especially considering he feuded with the Panthers coaching staff all day on Sunday. This is a smart trade for the Cardinals, as they must find a way to get the offense rolling.

We have agreed to a trade with the Carolina Panthers for WR Robbie Anderson.

This deal may stem from a potentially season-ending injury for Marquise Brown. The star receiver fell to a foot injury on Sunday and now the Cardinals fear the worse, per Adam Schefter. This a brutal development for Brown, as he’s been having a solid year despite the team’s struggles on offense.

Cardinals’ WR Marquise Brown suffered a potentially season-ending foot injury Sunday, per sources. He is undergoing further testing today to determine the extent of the injury.

Even so, based on Schefter’s report, there is a chance Brown comes back later in the season. Further testing will solidify exactly how long the Cardinals wide receiver will be out. However, the trade for Robbie Anderson indicates the organization may believe Marquise Brown’s season is finished.

To make matters worse, the offense may have taken another hit on the offensive line. According to Ian Rapoport, the Cardinals believe starting left guard “Justin Pugh suffered a season-ending knee injury.” Just a brutal day for the Arizona offense.

At least the team has DeAndre Hopkins coming back from suspension. So, although losing Brown and Pugh hurts, the offense will have Hopkins back in the lineup for Week 7. Hopefully, they each make a full recovery. On top of that, Robbie Anderson should be in a much better mood playing for the Cardinals.