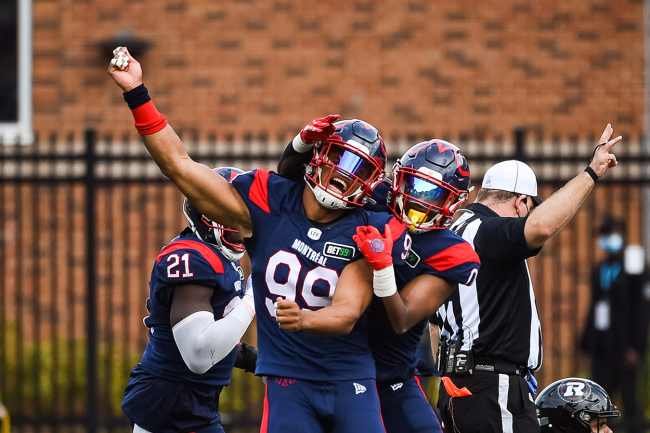 Thursday night was one to forget for Ottawa Redblacks wide receiver Darvin Adams. The two-time Grey Cup champion and former Auburn standout dropped a crucial pass to cause his team to lose the game.

After falling behind 26-40, Ottawa scored a late rushing touchdown in the fourth quarter to cut it to seven.

And then the Redblacks defense stepped up to force a stop, giving its offense back on their own 10 with 1:59 left in the game. It was time for the two-minute drill.

A few short passes over the middle brought Ottawa to the opposing 20-yard-line with no timeouts and 42 seconds. As the quarterback took the snap, he went through his reads before finding a wide open receiver in the endzone.

Adams, who had nine catches for 118 yards and a touchdown, was fully in position to add 20 more yards and a second touchdown to his total. He could not.

All by himself in the endzone — without a single defender around him — Adams went up to make the catch, had the ball hit him right in the hands, right in the numbers numbers, and fell to the turf below. Incomplete.

It was truly gut-wrenching.

Adams’ drop ended up being the deciding factor. The Redblacks could not score on its next two downs, the clock wound down to zero, and the Alouettes came out on top and won their second game of the 2022 season. On the other hand, after having a chance to maybe tie things up, Ottawa lost its sixth game of the year and remains winless. Adams had a chance.