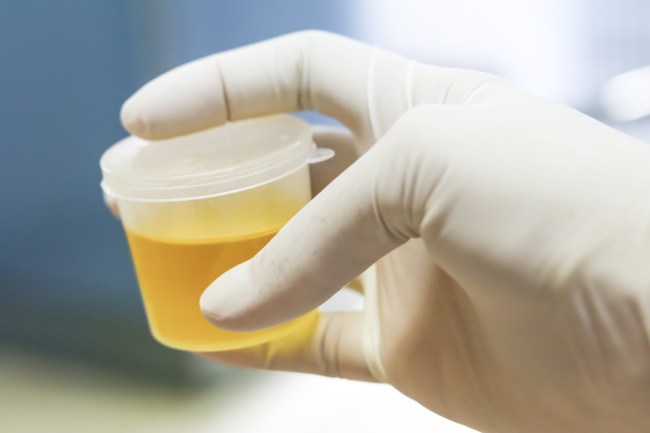 Andrew Luck has had a pretty rough go of things as far as his health is concerned, and after overcoming a shoulder injury he suffered a few years ago, he found himself facing a new issue in the form of a strained calf muscle that’s kept him from practicing consistently this offseason.

Things took an interesting turn on Tuesday when Colts GM Chris Ballard revealed doctors had discovered an issue with a bone in Luck’s ankle, and while he won’t have to undergo surgery, it appears he’s going to be out of commission for a bit and it’s unclear if he’ll be ready for the regular season.

More than Andrew Unlucky! Am I right or am I right?

Sorry about that. I couldn’t help myself.

I’m not a doctor, so I don’t know the best way to treat an injury like that, and as a result, I’m not going to dole out medical advice.

Do you know who else isn’t a doctor? Chad Johnson. However, that’s apparently not going to stop him from doing what I won’t.

Shortly after Adam Schefter announced the news about Luck’s injury last night, The Artist Formerly Known as Ochocinco decided to don his white coat and suggested Luck round up a bunch of warm urine to speed up his recovery time.

Adam, i soaked my ankle in warm urine to heal all my lower extremity injuries, notice i was never injured my entire career. Please pass along my message, it’s a home remedy. https://t.co/qUoHPcqtdg

The last time I checked, Luck was being sidelined by an ankle injury and not a jellyfish sting, and while I’ve heard of athletes filling hot tubs with red wine to treat inflammation, I’m not totally sold on the theory that dipping your foot in a bucket of warm piss is going to fix a broken bone.

I also have so many questions, like how one would obtain the amount of urine required to fill said bucket and does it have to be your urine and how would you keep it warm and…you know what? I’ve already asked too many questions I don’t want to know the answer to.